The smartphone maker is considering strategic alternatives, which could include a sale. Where does this leave its business users? 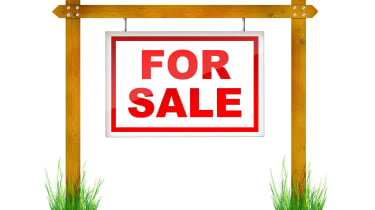 Inside the Enterprise: BlackBerry, the company that more than any other brought us email on the go, may have reached the end of the road.

It has appointed a board member - Timothy Dattels - to look at options, including possible partnerships, or even an outright sale. The company's management is also reported to be considering taking the phone maker private, on similar lines to the deal Michael Dell is proposing for the PC maker he founded.

If an operating system fails to attract developer interest, then it will struggle to attract buyers too. This is precisely the fate that befell HP's otherwise well-regarded webOS.

BlackBerry's problems are well documented. The company was late to market with its BlackBerry 10 operating system, and so far has released just three handsets that support it.

It has even gone back to the future, and released a new old-school BlackBerry in the form of the 9720. Running its older BlackBerry 7 OS, presumably this aims plug that gap and to give businesses with existing BlackBerry Enterprise Servers, but aging handsets, another option.

And, despite favourable reviews for the BlackBerry 10 smartphones, sales have been slow. The latest sales figures from analyst firm Gartner show that BlackBerry has now dropped to fourth place in the smartphone OS market, with Microsoft's Windows Phone now in third place, after Android and Apple.

This ranking matters for business users; it might even matter more than the quality of the handsets themselves. Smartphone users increasingly choose their handsets based on the quality and range of apps on offer. Business users are no exception. If an operating system fails to attract developer interest, then it will struggle to attract buyers too. This is precisely the fate that befell HP's otherwise well-regarded webOS.

"BlackBerry has fallen victim to the same difficulty that beset HP, a strong engineering-led corporate culture creating very compelling products finds itself left behind by changes in its core market," says Daniel Domberger, head of the media and tech team at finance firm Livingstone Partners.

"For HP, it was the move from technical instruments for specific uses to more general all-purpose computers; for BlackBerry it's consumerisation."

But uncertainty over BlackBerry's future poses an even greater challenge for IT managers deploying and supporting smartphones. The latest BlackBerry 10 handsets are not cheap, and most are being offered on 24-month contracts.

No company wants to tie its staff into a phone that might not be fully supported, or where there is a question mark over its sole manufacturer. At least with Android and Windows phones, there are several manufacturers supporting the OS. Apple, for its part, is not going to go away soon. Right now, BlackBerry buyers lack that clarity.

Businesses are not just buying a phone, they are buying into a piece of infrastructure, and they need to know that infrastructure will continue to be viable. Smartphones are now just too important for businesses to take that risk. BlackBerry's management will need to move quickly to put CIOs' concerns to rest and to ensure the survival of one of technology's iconic brands.