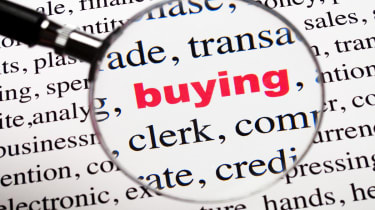 The problem remains though that neither Nokia nor Microsoft have successfully combated the 2007 introduction of the iPhone, nor the market strength of Android. And whilst the emboldened Microsoft may have a more robust, rounded offering with Nokia's handsets under its belt, does it have the mixture of product and package to make a bigger dent in the market?

Microsoft clearly thinks so, but not too many people seem to share the firm's optimism. The simple fact that Nokia's share price shot up and Microsoft's fell on the announcement of the deal gives an instant, crude straw poll as to who the market thinks the winners and losers are here.

There's a chance that the union of its products, and Microsoft's bank account, could work exceptionally well.

But this is about a longer game. Google snapped up Motorola's mobile handset business because it wanted a hardware presence in the market to help it battle Apple. Microsoft has clearly seen sense in the same strategy, and in fact it picked up the parts of the Nokia business for a lot less than Google paid for Motorola's equivalent (and less than Microsoft paid for Skype, too). Furthermore, the recent signs of turnaround at Nokia suggest that this may be a good time to snap the Nokia handset business up.

So while it's no surprise that a deal was ultimately done between the two firms, this is the moment, you suspect, where Microsoft fires - not for the first time - everything it has at Android and iOS, and Google and Apple. That it's invested heavily to give itself a solid shot at a sector it's spent nearly a decade trying, relatively unsuccessfully, to break. If it doesn't manage it this time, Microsoft may just be running out of options...