What does Microsoft buying Nokia mean for the OEM community?

Microsoft buying Nokia's handset business has been on the cards for a while. But could it affect the software company's OEM relations? 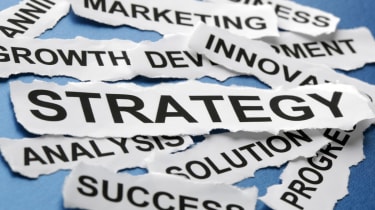 Inside the Enterprise: Microsoft's agreement to buy Nokia's handset division for US$7.2bn, was hardly a surprise. Speculation about a deal between the two companies has grown steadily since Nokia agreed to move all its smartphone models on to Windows Phone, and since ex-Microsoft executive Stephen Elop took the helm at Nokia.

From a timing point of view, though, the deal is a little curious. Nokia seemed to have turned the corner on smartphone sales.

Owning the hardware platform will help Microsoft push Windows 8 in a more coherent fashion across phones, tablets and Xbox One.

Windows Phone is now third place in mobile operating systems, according to Gartner, and most of those phones are Nokia Lumias. BlackBerry, the other alternative to Android and iOS, has its own very real problems. Perhaps and this is pure speculation of course outgoing Microsoft CEO Steve Ballmer wanted to seal the deal before he retires. Indeed, Elop is widely tipped as a possible successor to Ballmer.

Nokia will not disappear, however. Although Microsoft will take on both the Lumia smartphones and Nokia's feature phones, which are expected to continue under the Nokia brand, Nokia Group will continue to provide equipment to telecoms companies and, crucially, own key patents.

Microsoft is merely licensing these, which, according to industry commentator Tim Deluca Smith, accounts in part for the relatively low deal value.

Although some analysts have compared the deal to Google's acquisition of Motorola's mobile phone unit, there are differences. Android has plenty of OEMs, and Motorola was not the market leader. Windows Phone might have a small market share, but Nokia was already the most recognised maker of Windows handsets.

The fact that Nokia has not yet released a Windows tablet remains curious. It's likely that a Surface 2 could be a Nokia-designed device; a Windows Phone Lumia Phablet could also do well in business markets.

But companies do not spend close to 5bn on acquisitions to fill in gaps in their portfolio and to gain access to design skills. Buying Nokia is much more strategic.

"At a stroke, Microsoft has taken control of its own post PC future and acquired the skills and manufacturing for phones and tablets," says Ian Murphy, principal analyst at Creative Intellect. "Owning the hardware platform will help Microsoft push Windows 8 in a more coherent fashion across phones, tablets and Xbox One."

But it also raises questions for Microsoft's desktop business. It may be too early to call PC making a legacy industry, but with PC OEMs struggling to make a profit, especially on desktops, Microsoft intervention in that market cannot be ruled out.

Could we see a Microsoft-branded PC soon? If so, it would mark a return to a vertically-integrated model of computer production. And there will be people at Apple who are quietly smiling.