Government has not lifted ban on social networks and is investigating ISPs. 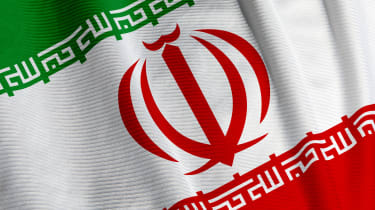 Several Iranians said they gained access to their accounts without having to get round a government firewall on Monday, leading them to hope that authorities had relaxed a ban in place since anti-government protests in 2009, some of which were organised on social media.

But Abdolsamad Khoramabadi, secretary of a state committee tasked with monitoring and filtering sites, said technical difficulties with some Iranian Internet service providers (ISP) had allowed the access, and the government was investigating.

"The lack of a filter on Facebook last night (Monday) was apparently due to technical problems and the technological committee is investigating this issue," Khoramabadi was quoted by Mehr news agency as saying.

"We are investigating to see which of these companies has done this," he said, referring to the Iranian ISPs.

Since Iranian President Hassan Rouhani took office last month, there has been a muted thaw in the use of social media.

Officials, including Foreign Minister Javad Zarif, have created Facebook and Twitter profiles, raising hopes among some Iranians that the sites would soon be unblocked for them.

Now, many use proxy servers to trick the system into believing they live elsewhere to access their social media accounts.

Arash Tajik, an IT administrator in Tehran, said he thought the blip, which meant he could access Facebook without a proxy server at his office on Monday evening but not from his home on Tuesday, might be a test.

"They are testing what will happen if they remove the filter, and whether they can control the situation or not," Tajik said.

Hossein, another Internet user in Tehran, said he was unable to access Facebook without a proxy server on Tuesday.

Rouhani has pledged to relax political and social restrictions in Iran, which were ramped up after the disputed election in 2009 sparked protests that were often organised via social media. Several dissidents and activists have been put in jail or forced to leave Iran since.

But any move to ease control will first have to be approved by the ruling establishment of conservative clerics and security officials, including Supreme Leader Ayatollah Ali Khamenei.