How will 4K and Ultra HD TV affect corporate networks?

Inside the Enterprise: Ultra HD TV is coming and the internet will need to adapt to cope. 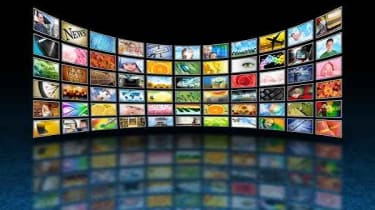 For American consumers, HD video is already looking pass. Since the start of September, US TV viewers have been able to download the next generation of programmes through a service set up by Sony.

Known in the trade as 4K (for the number of horizontal lines of pixels on the screen), or by the more consumer-friendly name of Ultra HD, 4K TV promises much of what 3D television failed to deliver. It should provide a better viewer experience, a shot in the arm for TV makers, and more creative options for directors and film makers.

If the CEO catches the 4K bug and insists their annual speech is recorded in Ultra HD, your network had better be ready.

The annual IBC show in Amsterdam this week showcased a plethora of 4K cameras, editing systems, archiving and cataloguing technology and even some 4K screens. Certainly, it does look great. What is less clear, is how 4K content will reach consumers and the effect that will have on public networks.

For now, the only way most people can view 4K is in the cinema. With current technology, 4K signals cannot be carried across ordinary airwaves: there is not enough bandwidth to allow for a 4K version of Freeview.

Satellite TV could be upgraded to carry 4K over time, especially as the industry develops more efficient ways of compressing video, such as the upcoming HEVC standard. Eutelsat, a satellite transmission company, has a demonstration 4K channel, transmitting at 40Mbpbs. But it uses four HD channels to do so.

For now, internet downloading is the most practical (and perhaps only) way to distribute 4K to homes. That is how the US Sony service works, but each movie download amounts to 40-60GB, according to the company. You would not want to do that over a capped domestic broadband account.

HEVC, or high efficiency video codec, will cut those numbers in half. But even if they do, 4K will cause headaches for internet service providers (ISPs) and owners of corporate networks because of video induced congestion.

YouTube, for example, has predicted that more people will watch TV or video online than they do on TVs by 2020. If even a fraction of those viewers opt for 4K, the internet could slow down to a crawl.

Movie downloads are less of a problem than video on demand or catch-up TV services: consumers are likely to accept waiting a little while for a film to download, and clever caching technology should ensure most people can download new cinema releases quickly enough, even in 4K. Set-top boxes could even be designed to download (or "pre-cache") popular content in the background or overnight.

TV on demand and live TV will cause greater problems. For some time, ISPs have complained about the bandwidth demands posed by the BBC's iPlayer service. Companies with faster connections may well find, if they check, that staff are downloading programmes to their smartphones or tablets to watch during breaks or even to watch at home.

And then there is the question of business content in 4K. YouTube already supports resolutions just under 4K, and an entry-level professional 4K camera costs around 4,000. If the CEO catches the 4K bug and insists their annual speech is recorded in Ultra HD, your network had better be ready.