How to protect your company from leaked trade secrets

It’s more important than ever to protect your IP, warns Clare Hopping. 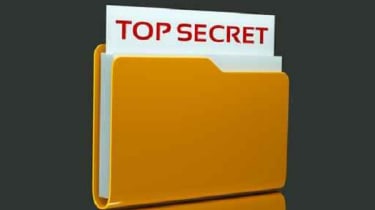 Earlier this year, three HTC employees were arrested for stealing trade secrets, accused of taking design ideas to a new business venture directly in competition with the manufacturer.

US soldier Bradley Manning and CIA/NSA employee Edward Snowden have also revealed confidential information to the press, leading to Manning being imprisoned and dishonourably discharged from the military and Snowden seeking asylum in Russia to prevent imprisonment.

The impact data thefthas on businesses can be devastating.

Although a company may not be able to act until after the information is stolen, there are ways to prevent it and limit the damage.

As such, it's more important than ever to ensure your company's confidential information is protected.

The impact data thefthas on businesses can be devastating. For example, customer databases are often stolen by employees and then usedto start up newbusinesses which are then able to compete on a level footing without having to invest any time or moneybuildingand developing a database of its own.

Wayne Beynon and Richard Stephens, IP lawyers at Capital Law, explain that many businesses are unaware of the value of their intangible assets.The lawyers said these assets may include intellectual property rights, confidential information and trade secrets such as formulas or processes, contact and customer lists, or data.

Given the value of those intangible assets, it makes sense to adopt a pro-active approach to protect them.This includes putting in place policies, procedures and contracts that prevent or deter employees from using a company's information themselves or disclosing it to third parties.

Often, businesses fail to do this in the mistaken belief that their employees will not steal or leak information outside of the business. Only upon discovering data theft or leakage has happened, is action considered necessary and by this stage of course, it is usually too late to take such action.

There are four categories of business information identified by law and each has different levels at which it can and should be protected.

Trade secrets can be protected both during and after employment by an implied duty of confidentiality, even if there is not an express covenant in an employment contract.Trade secrets may include secret processes of manufacture such as chemical formula, designs or special methods of construction. This is what the HTC employees were arrested for not complying with.

Although Manning and Snowden weren't involved with leaking trade secrets, the information they did reveal was confidential information.

The final type of information a company can hold is public information that cannot be protected because it is already available in the open arena.

"The easewith which employees can access, use and discloseconfidential information will often depend on the security measures, policies and procedures that a company has in place," said the lawyers.

"If information of a sensitive and commercial nature is readily accessible andemployees it is all too easy for them to copy that information onto a memory stick, email it to a personal email address or simply print hard copies at the office," they explained.

"It is easy enough [to steal trade secrets]but if someone wants to steal their employees equivalent of the 'recipe for coke,' a printed sheet slipped in book is easier enough or just memorise it," he says.

"The point often overlooked is that trade secrets are often not that useful when you turn up at the next employer, if it was shown that a competitor had benefited from using stolen secrets it would damage their reputation or they may fall foul of an industry regulation, for example Formula 1 bans teams that are shown to have stolen secrets bought to them be engineers swapping teams."

If an employee does steal trade secrets, an employer can sue them under breach of contract, presuming the contract is clear on this in the first place.