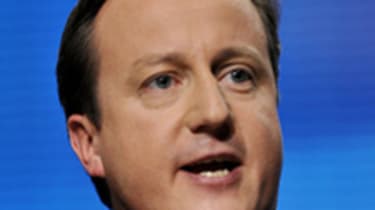 The plan advances Cameron's efforts to push money laundering and tax evasion to the top of the global agenda, and follows up on a debate at a summit of eight of the world's wealthiest states (G8) in June.

The "beneficial ownership register" goes beyond the current registration of corporations and shareholders by untangling opaque ownership structures to help the HMRC to track down those who are using low-tax regimes overseas to illegally reduce their tax bills.

By making the data public, a decision taken after a consultation with businesses and pressure groups over the last few months, the government hopes to allow wider scrutiny and put more pressure on firms and individuals seeking to hide wealth and profits.

"For too long a small minority have hidden their business dealings behind a complicated web of shell companies - and this cloak of secrecy has fuelled all manners of questionable practice and downright illegality," Cameron will say at a conference in London later in the day.

"It's better for us all to have an open system which everyone has access to - the more eyes that look at this information, the more accurate it will be."

At June's G8 summit he was unable to secure a concrete agreement from leaders to guarantee they would take similar steps, only a promise that they would draw up a plan to provide more data on company ownership.

However, campaigners said that by making the first move, Britain had set a welcome precedent for others.

"This sets such an important global principle... You have to have someone who makes a stand on principle and then gets the world to follow. In this case it's the UK," said Gavin Hayman of the anti-corruption group Global Witness.

Efforts to improve transparency in the European Union are currently being debated, and recent legislative proposals in the United States could tackle company ownership disclosure. Hayman said neither was expected to quickly follow Britain's lead.

Cameron's efforts to clamp down on tax evasion have been complicated by the fact that Britain is seen as a market leader in providing access to offshore tax havens in former British colonies.

"We've found the UK has been one of the pillars of financial secrecy in the past so this is quite a significant shift," Hayman said.

In June the prime minister persuaded those territories to sign up to international transparency protocols.

Government sources said the consultation with pressure groups and businesses, which will be formally summarised by the Business Innovation and Skills department early next year, had seen a range of views but that many had lobbied for greater transparency on ownership.

"Using the corporate veil to obscure underlying ownership brings the corporate sector into disrepute and creates significant opportunities for wrongdoing or criminal activity," said Roger Barker, spokesman for the Institute of Directors.

"Significant practical challenges remain in order to ensure that any register of beneficial ownership is accurate and robust, but we support government efforts to begin this process."