UK government data is most open, according to Sir Tim Berners-Lee 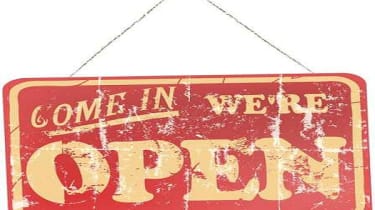 Sir Tim Berners-Lee, founder of the world wide web and director of World Wide Web Foundation, has revealed the UK has the most advanced open data policy.

The pioneer has called upon world leaders to open up data to the public in the hope of fighting poverty, accelerating industry and innovation and reducing corruption.

It is important that efforts to open up data and information are meaningful and lead to real change.

Berners-Lee explained ahead of today's Open Government Partnership Summit that only one in 10 of the countries that promised to open up data has actually delivered it and the UK Government leads the pack.

"It is important that efforts to open up data and information are meaningful and lead to real change," Berners-Lee said.

"Governments and companies must not shy away from publishing contentious datasets if they contain information that could be used to dramatically improve people's lives," he continued.

Sir Tim revealed the Open Data Barometer report yesterday investigating into how many countries are allowing open data policies. It found the US, Sweden, New Zealand, Denmark and Norway (as one entity) starred in the top five alongside the UK in poll position, out of the 77 countries surveyed.

More than half (55 per cent) of the countries included on the report have formal open data policies in place, but many of these governments will not release certain datasets, including company registers and land registers that could provide valuable information to the public.

"The open data movement has made a promising start, but many Open Government Data initiatives are presently resting on shallow foundations, at risk of falling backwards if political will or pressure from campaigners subsides," Berners-Lee said.