Do smart watches have a place in business?

With Samsung launching the Galaxy Gear and Apple rumoured to announce the iWatch, will smart watches find a home in the boardroom? 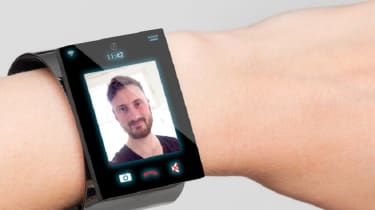 "Something similar happened with the adoption of pagers, especially in the UK. In the US (pre-mobiles) they were often a tool for the busy exec, but in the UK it was more likely to be maintenance engineers and emergency responders  again a task-oriented not general purpose use," Bamforth added.

Both Bamforth and Restivo think smart watches will never appeal to business users because as yet, smart watches haven't taken off anywhere else.

What purpose does it serve? And, if that purpose is already served by another device, what is the incentive to switch?

"There are relatively few offerings that have captured the imagination of the masses like a flagship phone," Restivo said. And Bamforth thinks they are just companion devices, designed to work with a smartphone or tablet. "It may turn out to be the same dead end as previous companion devices," he commented.

However, Bamforth thinks if a smart watch has a purpose of its own and is directly supported by cloud-based services, there maybe a future for such devices.

Manufacturers must answer two questions though: What purpose does it serve? And, if that purpose is already served by another device, what is the incentive to switch?

Restivo however, thinks the problem with bringing smart watches and other wearable electronics to the market is with IT policies essentially the same issue brought about when smartphones became personal and employees wanted to bring their own high-specced smartphones into the workplace.

"Wearable technology will supersede corporate policies in many instances making network administration more difficult for companies as computing is becoming ever more personal," he explained.

Samsung wasn't the first company to announce a smart watch. Sony is on its second wrist accessory, LG's debut was an actual phone in a watch and the Pebble arrived with a twist in the form of an e-ink display. That said, it is Samsung's offering that has piqued interest of late. But surely, as has happened before, it's lilkely to be Apple who will make smart wearables a revolution.