Taking advantage of IT's costly legacy

Rising spending on older IT systems might not be as bad for UK companies as it might seem. 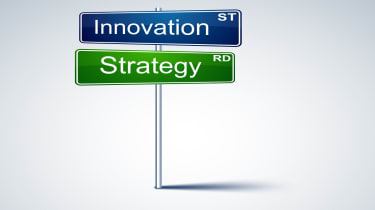 Inside the Enterprise: IT is now a mature industry. The first commercially available computer, the Ferranti Mark 1, was officially announced in August 1950. By the 1960s, computers were fairly common in large businesses and government departments.

By the 1980s, with the growth of the IBM PC, computers were on our desks. Now, of course, they are in our bags, and even our pockets.

The unusual mechanics of IT investment can mean that spending on new systems can actually increase the cost of older ones too, at least until the modern hardware and software is fully on line.

But, although each new generation of computers has provided higher performance at a lower price. But each generation also contributed to a growing problem: "legacy" IT.

Although new computers outperform older generations, sometimes by substantial margins, it can take time to move users off older applications, applications off older operating systems, and operating systems onto newer hardware. Sometimes, the move cannot be done at all. Legacy systems soldier on, with fewer and fewer users, until a determined CIO or the finance director pulls the plug.

UK businesses spend 53 per cent of their IT budgets on legacy systems, according to research by communications technology vendor survey by Sonus. This is higher than, for example, France, where legacy spending accounts for 44 per cent of budgets. But UK CIOs are also keener at 60 per cent to upgrade network infrastructure and hardware than their German or French peers.

Just under a quarter (24 per cent) said they are moving IT away from legacy systems to "innovation and new projects" - again more than in France or Germany.

This, then, paints a picture of IT departments struggling to modernise their estates. But, suggests Rob Bamforth, principal analyst at research firm Quocirca, this might not be the whole picture.

The unusual mechanics of IT investment can mean that spending on new systems can actually increase the cost of older ones too, at least until the modern hardware and software is fully on line.

IT is moving to a world where it centres around three main elements: edge technology, including mobile devices and PCs; smart networks; and a cloud-like core that provides services out to the edge, according to Bamforth.

Supporting smarter networks, and increasingly, a wider range of devices and operating systems at the edge, means investing in the core too.