Find out what IT Pro readers have to say on some of the tech industry's biggest issues. 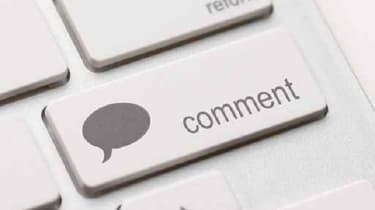 As another busy week in the tech world draws to a close, we take a look at some of the stories that have been getting IT Pro readers hot under the collar over the past seven days.

The IT skills gap has emerged as a major talking point this week, while the fallout from the Hotmail to Outlook switchover continues to be causing problems for certain members of the IT Pro community.

As part of this, the party wants to increase the quality and quantity of IT apprenticeships, and reduce the sector's reliance on overseas firms and outsourcing to fill jobs.

There's always a taskforce and there's always some vaguely tech-related (but not scarily so) has been bolted on to sweeten the deal.

Newby IT Pro commenter Mark Evans seemed less than impressed by the plan, and urged politicians to keep their noses out of technology issues.

"Politicians and technology go together like turtles and triathlons. There's always a taskforce and there's always some vaguely tech-related (but not scarily so) has been bolted on to sweeten the deal," said Evans.

"[Based] on past experiences of politicians of any persuasion, we'd all be better off if they just carried on taking free lunches from multi-national systems integrators. But then we wonder why a massive procurement system for a government department goes MASSIVELY over budget."

Sticking with the education theme, RichKEngland said it's not the lack of skills that are holding some IT workers back, but how recruitment agencies go about sourcing candidates.

"We have one of the best educated workforces in the world and many cannot get through the employment agencies' petty prejudices in order to get work," he claimed.

"There are thousands of highly skilled and experienced IT engineers who cannot get work as the employment agencies filter them out.

"They exclude older candidates who were in IT before qualifications were common, and lack the apprenticeship schemes and training opportunities offered to younger candidates," RichKengland added.

More than nine months after Microsoft began the process of upgrading Hotmail users to its new-look webmail client Outlook.com, and complaints about the look and feel of it continue to trickle in.

JUST WHAT HAVE YOU DONE WITH HOTMAIL? You must have had thousands of unhappy people complaining.

JacquiFoulds and David Turton were one of a number of IT Pro readers to express their dismay at the Outlook.com interface this week.

"Why can't I get my emails? What a disaster. It keeps telling me my password is wrong and I've only ever had one password," fumed Jacqui. "It doesn't give me the option to change it. You can stick it."

Mr. Turton was even more scathing in his review of Outlook.com, and even went on to suggest taking legal action against Microsoft for overhauling the service.

"JUST WHAT HAVE YOU DONE WITH HOTMAIL? You must have had thousands of unhappy people complaining," declared Turton.

"I have lost all my folders and contacts which are very important to me. If [only] I could I would take you to court for conning me."

Enterprises are entering a software licensing minefield by embracing self-service IT models, according to research published by IDC and Flexera Software this week.

The findings suggested that many organisations are failing to ensure that they are compliant with software licensing rules when inviting workers to embrace a self-service IT environment.

However, IT Pro reader Rob Harmer claimed its usually smaller firms, not enterprises, that find themselves on the receiving end of software audits.

"While enterprises are also at risk of audit, they have the size and legal clout to negotiate their way out a settlement. The little fish get burnt at the stake, every time," he said.