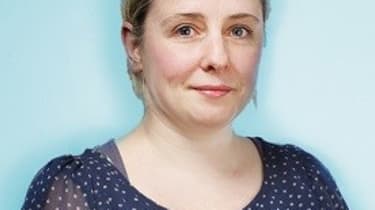 She then asked the men in the audience to raise their hands if they had been labeled or called too aggressive' at work. A few hands were raised. She asked the same question of the female attendees and the majority of hands went up.

"I really want everyone to take the time to look at that result," Sandberg said. "When a boy leads, we don't call him bossy because we expect him to lead, but when a little girl leads in a playground, we call her bossy. We start communicating to little girls that they shouldn't lead. And, when they grow up we tell them - we tell women - they're too aggressive. But we tell that to very few men," Sandberg continued.

Women are judged when their mask slips. A recent study found that women who showed anger during meetings were more likely to be deemed "out of control" and "a bad employee" than men who let their frustrations show in the same way. For men, emotion was seen as a justifiable response, not a character flaw.

"We can change this. There's a man who works for me at Facebook who got 360-degree feedback that a woman who worked for him was too aggressive. Rather than write too aggressive' in her performance review - which has happened to almost every woman in this audience. He went back and asked the people men and women who gave that feedback, what did she do that was too aggressive?' He asked for specifics. They answered the question. Then he said If a man had done exactly those same things, would you have thought he was too aggressive?' And - to a person - they said no.'"

Sandberg added: "Next time in your office someone says a woman is too aggressive, too assertive, too political, too brisk, take a deep breath and ask some questions. And the next time you hear a little girl called bossy, walk up to the person who said it and say, with a smile Your little girl's not bossy, your little girl has executive leadership skills.'"

(You can watch the full video here if you so wish: youtu.be/oLTfuWR2up8 )

Many points of view

Other research has backed up such theory. Stylist magazine (yes, a women's magazine) wrote about the marked differences between how men and women are treated in the workplace.

"Society dictates that we're supposed to put on a different mask at work well-up or show vulnerability when a colleague criticises a project you've spent weeks honing and you undermine your professionalism, especially in front of men. It may be 2011 now but most women still believe they operate in what Dr Gail Kinman, professor of occupational health psychology at the University of Bedfordshire, describes as 'macho work cultures' that tend to denigrate any display of emotion."

The piece continues: "Women are judged when their mask slips. A recent study found that women who showed anger during meetings were more likely to be deemed "out of control" and "a bad employee" than men who let their frustrations show in the same way. For men, emotion was seen as a justifiable response, not a character flaw."

That piece was published in 2011. Worryingly though, it seems despite two years being a fast-moving period of time in the tech industry, the wider world of business is somewhat comatose to such change.