The IT Press Tour: Meet Couchbase and Scality

Jane McCallion reports from the first day of the San Francisco IT Press Tour. 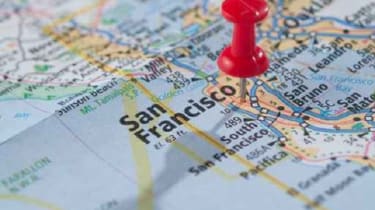 The IT Press tour is a five-day event taking place this week in San Francisco that seeks to introduce the UK media to tech firms doing some interesting things in Silicon Valley. IT Pro's Jane McCallion has joined the fray and here's her round-up of the first day's events...

Day one: San Francisco is heaving with technology. From the second you step off the plane you are surrounded by billboards and bus-side adverts for cloud companies, software vendors and hardware houses that you wouldn't see anywhere else.

Even people who don't know much about technology appreciate Silicon Valley is the crucible where tomorrow's Facebook or Dropbox could be be forged. So where better to see the lay of the land when it comes to tech?

Are Riak, Cloudant and even Amazon Web Services not also considered significant players?

Day one of the IT Press Tour started with a trip to Couchbase and a presentation led by CMO Ian Howells. Founded in 2011, the company sees its eponymous product as one of the three main NoSQL offerings on the market, along with 10gen's MongoDB and DataStax's Cassandra.

It makes you wonder, though, about the other products that have been swept aside by Howell's statement that Couchbase, 10gen and DataStax are the critical considerations for the NoSQL market.

Are Riak, Cloudant and even Amazon Web Services not also considered significant players? Or, to mangle a phrase from this neck of the woods, are they all just playing different ball games? It's hard to say, but to claim all other NoSQL offerings can be written off even with market rationalisation through maturation is a hard statement to swallow.

Competitors aside, Couchbase's target market are organisations that want to move away from relational databases to a non-relational technology for scalability, performance and agility purposes, according to Howells.

In the past, it has been gaming companies that have used non-relational databases like Couchbase, but - as the company's client list shows - enterprises are increasingly getting in on the action.

The firm recently raised $25 million in funding, taking the total it has received to date up to $55 million. This money is being used to fund the vendor's international expansion.

The second stop of the day was enterprise-focused storage company Scality.

The company specialises in object storage, and its clients regularly deal with quantities of data ranging from one petabyte upwards.

Despite the organisation's CEO Jrme Lecat being San Francisco-based, the firm is French and continues to do all its development in France. Why? Because, according to Lecat, that is where the talent they need namely C programmers is. The lower wages are also a boon.

Its solutions are only deployed on-premise in an environment where the customer is able to scale more cost efficiently than if they were using the cloud.

Banking and entertainment are areas where the company sees a lot of uptake, but for very different reasons.

The banking industry's regulatory obligation to document everything, from tweets to loan agreements, and to keep that information protected has pushed IT buyers towards Scality and its competitors, including EMC.

For entertainment organisations, it is all down to data volume.

"They have miles and miles of footage [on tape] that they need to digitise," Lecat explained, saying that if they don't digitise it could soon be lost for ever. But, as the old reels were stored in warehouses, the digitised film needs to be stored online.

Lecat does not believe in open source, at least not in the object storage market. Pointing to Swift, the object storage element of OpenStack, Lecat claimed there is too much internal conflict within the development teams to build a truly enterprise-class offering that could compete with Scality. He also said there were too many developers who had "a day job" and were working on OpenStack on the side.

"I believe in OpenStack as a concept, but with Swift it's not good enough. [It's] not mature enough," he said.

Tomorrow, Jane will be meeting with ThousandEyes, CloudPhysics and Coraid.