The IT Press Tour: Meet Backblaze 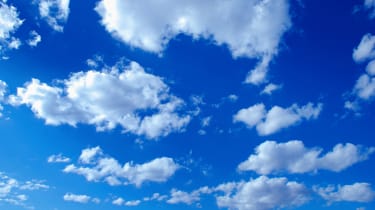 The IT Press tour is a five-day event taking place this week in San Francisco that seeks to introduce the UK media to tech firms doing some interesting things in Silicon Valley. IT Pro's Jane McCallion has joined the fray and here's her round-up of the last day's events...

Day 5: Are you a zombie looking for cloud backup? Then IT Pro has some good news. Backblaze, a San Mateo-based firm, has produced "brain dead storage".

This is the phrase CEO Gleb Budman uses to describe his company's product, which he said has been designed with ease of use in mind hence the "brain dead" comment.

According to research carried out on behalf of Backblaze, 50 per cent of all people will lose their data each year, but 90 per cent still do not backup as they find it too complicated.

"The reason we chose online backup is because it is simple," said Budman, explaining that developing a backup to external hard drive offering was ruled out because of fears the need to buy additional hardware may have put potential users off.

The firm runs its own datacentres, all of which are within driving distance of its HQ, as it found using Amazon's S3 storage infrastructure too expensive for the $5/per month unlimited storage deal Backblaze offers.

One of the most interesting things about Backblaze is not that it runs its own datacentres, but the hardware inside is also designed by the firm. This is because, according to Budman, the company found enterprise servers made by the likes of EMC and Dell uneconomical.

"Anything that is designed for the datacentre has a corporate IT tax' i.e. it is more expensive because it is built for [the enterprise]," said Budman.

So the company set about designing and building its own servers based on cheap commodity hardware. It even went so far as to locate the suppliers for some of the components it had been stripping down and buy them directly.

It has since open sourced its design, which is now used by Shutterfly, Red Bull, NASA and Netflix. Budman said even the CIA had been in contact to talk about the technology and believes it may be using it now.

Furthermore, while he has never been contacted by the NSA, Budman suspects that division of the American intelligence services may also be using servers based on the Backblaze model.

If users find themselves in need of restoring an entire system or even just a few files, they have three options: to download online, which is a free service, or have their data shipped by Fed Ex anywhere in the world for a flat fee either on a flash drive or a hard disk.

Summing up this week, there is a lot going on in Silicon Valley right now. Some of it very convincing and compelling. The place is awash with bright ideas and people willing to spend money on them.

Technology aside, one of the most interesting trends was the quasi-outsourcing of development to Europe,  which was seen in a few of the places visited. It will be interesting to see if this becomes a more general trend, or remains something for those businesses that have been founded by European expatriates.