We speak to Oxfam's CIO - and a member of the IT Pro Leaderboard - about green IT and what tech life is like for a non-profit. 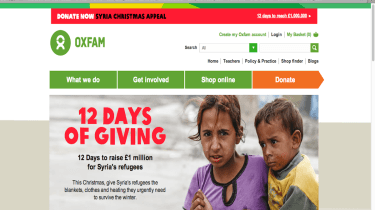 Who is your tech hero? And why?

Tim Berners-Lee for inventing the internet - without which this wouldn't happen.

I wanted to make feature films (as a cinemaphotographer). I really wanted to film the opening sequence of a Bond movie.

What does your current role involve?

A lot less technology decisions than I once thought was important!

How did you arrive at your current role?

I was approached whilst working for the BBC.

Did you always want to work in IT?

No. I wanted to make feature films (mostly as the cinemaphotographer). I really wanted to film the opening sequence of a Bond movie.

What do you enjoy most about your role/working in IT?

The large variety of work and challenges and the balance between operational issues and new ideas.

And what is your least favourite aspect about your role/working in IT?

Sometimes politics can be frustrating, although overall I don't have a particular down on any aspect of the role.

What was your first IT job?