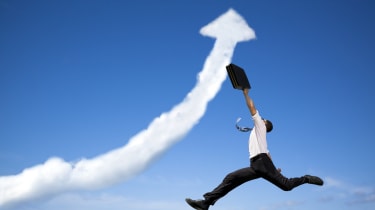 Courier firm DHL has successfully completed a one kilometre drone delivery of a medicine package from a Bonn pharmacy to its nearby headquarters.

The successful test comes just a week after Amazon pulled off a similar stunt.

Deutsche Post, the parent company of DHL, dubbed the drone the "paketkopter".

"We are at the beginning of the research project," DHL manager Ole Nordhoff told german publication The Local. "It is an exciting bit of technology."

The drone device flew for one kilometre at a height of 50 metres and took two minutes to complete its journey over the Rhine River. Rather than rely on an autonomous system guided by GPS, the copter was controlled by two people using a remote control.

Despite the successful delivery test, DHL has no plans to roll out a full service using drones, and said the test was embarked on for feasibility purposes. The test flights required permission from local aviation authorities.

Last week, IT Pro reported that Amazon trialled drones to deliver packages weighing up to five pounds to customers within 30 minutes. Amazon chief executive Jeff Bezos said the service, dubbed Prime Air, would not be expected to be introduced for another four to five years.

This is because Amazon will have to wait for clearance from the US Federal Aviation Administration (FAA) before it can push ahead with its drone delivery plans.

Writing for IT Pro today, guest editor and IT director at hedge fund firm Bluequant Capital Management Stefan Simons described drone deliveries as "probably one of the dumbest ideas I've heard in years."

He said: "It's clearly been a great marketing ploy for Amazon because so many people have been talking about it. However, from a practical point of view, it's completely unworkable."