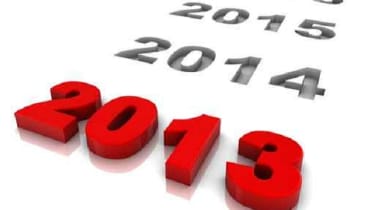 No-one ever claimed it would be easy to take a publicly listed company as well known as Dell private, but it's unlikely anyone would have predicted just how long and drawn out this process ended up being.

Back in February, the company's chairmen and CEO Michael Dell set out plans to take the company private in a $24.4 billion deal (initially) involving Microsoft and private equity house Silver Lake. And that's when the fun really started.

The months that followed saw a series of shareholder disputes take place, with quibbles about the company's market value and shareholder voting procedures regularly being aired.

Activist investor Carl Icahn also sought to have Michael Dell's bid blocked, on the grounds he felt it undervalued the company, delaying the process even further.

Finally, on 12 September, Michael Dell won shareholder approval for his privatisation plans, allowing the PC vendor to complete its transformation into a provider of enterprise IT services away from prying eyes. And not before time.

The Government's Broadband Delivery UK (BDUK) scheme, which aims to bring superfast internet services to rural communities, has been a surprisingly contentious topic this year.

MPs have repeatedly slammed the initiative, with both the National Audit Office and Public Accounts Committee taking issue with the costs involved and time take to deliver on its aims.

For example, an NAO report on the project claimed in July the Government was 22 months behind on its goal of providing 90 per cent of premises in the UK with superfast broadband services by 2015.

Fujitsu excused itself from bidding for BDUK projects in March 2013, leaving BT as the last remaining bidder. This prompted further concerns about the BDUK procurement process being uncompetitive and poor value for money.

MPs have repeatedly slammed BDUK, taking issue with the costs involved and time take to deliver on its aims.

BT has done an admirable job of hitting back at its BDUK detractors during 2013, but - with each deployment undertaken through the scheme having its own coverage target and deadline - there is unlikely to be much let up for the telco on this issue in 2014.

The financial services sector is often cited as a highly regulated industry that has to invest huge amounts in IT systems for compliance, security and resilience purposes.

However, the last 12 months has brought with it numerous headlines about banking systems going down, leaving customers out of pocket and with no access to the funds.

Nationwide and Natwest have both been blighted in this way in 2013, while Barclays and Santander have both found themselves as the centre of security breaches in recent months.

Criminals attempted to gain remote access to computer systems in London-based branches of both banking firms with the intention of stealing millions of pounds.

The ruse was made possible through the use of a Keyboard Video Mouse device, which is thought to have been installed in both branches by someone posing as an IT engineer.

In the Barclays case, 1.3 million was stolen from customer accounts, although it was later returned and several arrests made. Thankfully, the Santander plot was foiled before any money was taken.

For a product that's not gone on general release yet, Google Glass has clocked up an impressive number of headlines and column inches in 2013.

For the uninitiated, Google Glass is essentially a pair of spectacles featuring a built-in Android computer that users can draw on to take pictures, record videos, search the web and find directions.

Since news of the devices first emerged, concerns have been raised - most noticeably by the Information Commissioner's Office - about the privacy implications of Google Glass.

Particularly, as the nature of the devices could make it easy for users to furtively record the actions of others without their knowledge and permission.

For this reason, a restaurant in Seattle announced an outright ban on the devices, while safety fears recently prompted the UK's Department for Transport to announce plans to ban the technology from being used while driving.