The director of middleware - and member of our Leader Board - details the importance of people when it comes to IT. 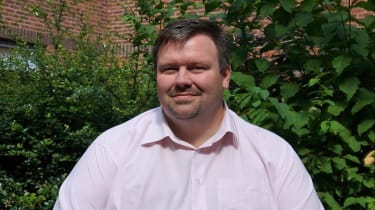 Who is your tech hero? And why?

Tim Berners-Lee, British scientist and inventor of the world-wide web. His idea fundamentally changed and impacted every aspect of modern life, spawned new industries and ways of doing things. The impact is everywhere.

What does your current role involve?

In addition, I have line management responsibility for a team of storage, capacity management, DBA and tools and automation engineers.

The people aspects of my job. It's satisfying watching people grow and develop attain their dreams and goals and the knock-on effect that this has in the environments and technology that they're working on.

How did you arrive at your current role?

In the strangest way possible! After a particularly hard day at my previous job, I walked out of the video conference suite.  My phone had been turned off and it literally exploded with voice mails and  emails from a former colleague and recruitment agencies.

They asked me to look at this opportunity, my former colleague recommended me for the role, and the rest is history.

I haven't looked back Reed Elsevier is a great company to work for.

Did you always want to work in IT?

Yes, I did. Although I arrived via a circuitous route I started out in the hospitality industry working from Grand Metropolitan (now Adageo), after leaving college.

I had always wanted to go into computing I didn't have much of an ideas as to what. The careers advisors at my school advised me against it as my math skills weren't great. I decided very quickly that the hospitality industry wasn't great for me and left and joined the Royal Air Force as a jet propulsion engineer. I had a great time, worked for some fantastic people and thoroughly enjoyed myself. I would probably still be  there if I hadn't injured my knees to the extent that I could no longer pass the fitness tests.

I came to the end of my contract with the RAF and, as part of my resettlement package, trained to be a Windows 2000 MCSE, Cisco CCNA and a bunch of other CBT courses in IT. I couldn't get a job for love nor money as I was basically a plastic MCSE.

I got lucky as an ex RAF friend gave me a break on the Helpdesk of Templeton College at Oxford University and off I went.

What do you enjoy most about your role/working in IT?

The people aspects of my job. It's satisfying watching people grow and develop attain their dreams and goals and the knock-on effect that this has in the environments and technology that they're working on.

And what is your least favourite aspect about your role/working in IT?

I still hate doing my weekly updates and status reports. It's been something that I've never been very good at doing or keeping on top of. I have a high right-brain tendency, which is probably at odds with most of my left-brain focussed IT colleagues.