Following Tim Berners-Lee’s quest to open up data, we take a look at why it’s important the UK government gets a formal policy in place. 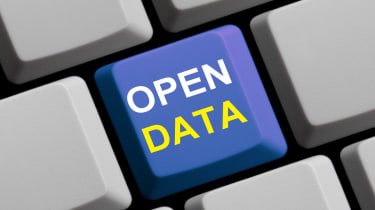 There's also the risk that government misunderstands what open data means and thinks that making information available for no cost is equivalent to publishing open data.

The UK government still sells some data and it needs to move away from using data as a revenue stream if it's to fully realise the benefits of that data, according to the experts.

This means making some bold choices as well as working on operating models and procurement policies that ensure that it can publish sustainable open data, Tennison explained.

"The UK government also needs to get better at using the open data that it publishes itself. There's still a silo mentality where public sector organisations focus on data that they collect themselves rather than that gathered from elsewhere, including outside the public sector. The government also needs to invest in increasing the capability of civil servants not just in publishing open data but also in using data once it's published," she said.

However there are some very definite risks of opening up data for everyone to see.

Bamforth explained that opening too much data can reveal too much if combined with other information .

"An obvious example is combining holiday plans posted on Facebook wall, data about your car from DVLA and your address somewhere else online."

Someone nefarious might view such data as an opportunity to break into your house and steal your car while you're away on holiday. The combination of what seems like several bits of trivial low value data might suddenly open up valuable secrets, Bamforth warned.

Tennison agreed that using this information as a weapon is one of the risks of opening up such data.

"The usual risk that people think about when government introduces an open data policy is the misapplication of that policy to data that shouldn't be opened up (for example for security or privacy reasons)," she explained.

"But there's also the risk that government misunderstands what open data means and thinks that making information available for no cost is equivalent to publishing open data."

The problem with that is the (still closed) data cannot be used as flexibly as was intended, and therefore fails to have the promised impact. The ODI's Open Data Certificates are designed to help prevent organisations from falling into that trap.

Although open data is being used effectively in the UK and the benefits of opening up data far outweigh the risks, the responsibility is in the government's hands to ensure the UK's momentum continues, without putting its citizens at risk.