Disruptive technologies: How far should they go?

Too little and you fall behind, too much and you could ruin the company. So, how far is too far? 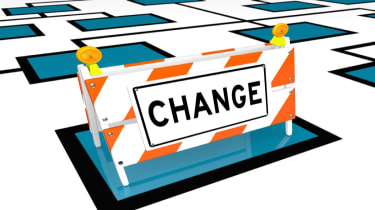 Another point, this time raised by John Metselaar, research and development director at Proctor and Gamble, was that once you build an environment where disruptive ideas and creativity is allowed to flourish, how then do you measure where that disruption is any good for an organisation?

"How do you know where it is a good idea? It is only successful innovation when it creates value for consumers and shareholders," he said.

Once organisations get to an inflection point that disruptive innovation brings you then need to sustain that, according to Metselaar.

"That sustaining innovation needs to be incremental and run for several generations to make sure that you keep driving consumer delight and derive value out of that," he said.

He added that you need to focus on reinventing parts of the company on a regular basis. However, it's simply not possible to do that every year.

"Even if you are able to produce that kind of creativity, you need a balance," he said.

"You need a few big hitters that you go after where you focus your resources on. But your current business is still there and that is giving you the immediate returns that you need too. You need to feed that as well."

Indeed, there has to be a balance between the two in order to allow both innovation and the company to continue, Metselaar added.

Abbosh said too much change isn't sustainable. Most people cannot cope with it and it can be too stressful. He believes it is important is to be very clear on how many people will be engaged in driving in innovation and what the purpose is.

He also said organisations need to ask how they can get a small group of people to involve a much larger set of people in the business.

"It does mean they are all doing the work at the same time but they feel some sort of ownership, they feel they have been given the opportunity to contribute," he said.

This is important especially where companies are trying to make changes today as part of a strategic long-term plan, according to Abbosh.

The debate concluded with panel chair and PA Consulting's IT and change management expert David Eaton quoting Einstein who said that if an idea at first doesn't sound absurd, there is little hope for it'.

An absurd idea may seem at first ruinous, but it could be the one that propels an organisation far further than dreamt possible.