IT Pro's contributing editor Stephen Pritchard looks forward to 2014, and predicts that automation will come to the fore. 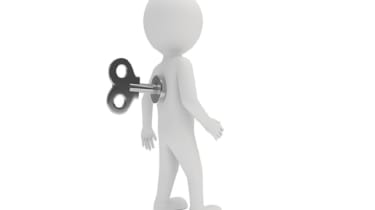 Inside the Enterprise: Predicting the future is always fraught with risk, and in a fast-moving industry such as technology, it approaches the foolhardy.

But looking back over 2013 does give us some clues as to the direction of technology in business, for 2014 and beyond.

In the headlines at least, this year was dominated by security and privacy on the one hand, and IT failure on the other.

On privacy, the revelations of NSA whistle blower Edward Snowdonshone a light on surveillance practices at that US security agency and beyond: the UK's GCHQ was implicated too in a story that ranged from the mass surveillance of internet traffic to the tapping of the German Chancellor's mobile phone.

Automation is already helping, in the form of intelligent network management and IT services management tools that can monitor the performance of applications, and the use of resources.

Whilst governments rushed to justify their actions or to claim outrage the UK government faced its own travails. In November, the Public Accounts Committee predicted that the Department for Work and Pensions would face writing off up to 140 million. Some estimates say the figure could be even higher. The department had already admitted writing off 34 million back in September.

The Government, though, was not alone in suffering IT problems. RBS Group, owners of the NatWest and RBS banking brands, suffered a series of outages, including one on "Black Friday", one of the year's key shopping days. RBS' chief executive admitted that years of underinvestment in IT contributed to the problems.

RBS' problems highlight an issue that is affecting more and more businesses: the growing complexity of IT. Even with IT budgets starting to recover, companies are struggling to move money from operations to strategic investment. The ideal ratio of a 50:50 split between investment and maintenanceremains a long way off for many if not most firms.

Shifting that ratio will mean not just spending more, but looking again at how IT budgets are spent. Increasingly, that will mean automation.

Automation is already helping, in the form of intelligent network management and IT services management tools that can monitor the performance of applications, and the use of resources. Much of this is being driven by cloud computing suppliers, whose large networks and data centres are too big to be run by human technicians working on a "break-fix" basis.