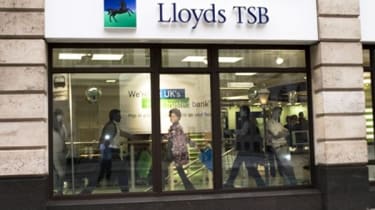 Lloyds Banking Group has apologised to customers after many were left unable to withdraw cash or make debit card payments yesterday because of an IT glitch.

The problems started yesterday afternoon and blighted customers from Lloyds, Halifax, Bank of Scotland and TSB, who all form part of the Lloyds Banking Group.

Many of the banking group's customers used social networking site Twitter to air their frustrations yesterday afternoon, with some citing difficulties paying their tax bills as a result.

@AskLloydsBank cheers for making me look like a muppet trying to buy petrol today #LloydsFail will this be fixed b4 work tomorrow?

#LloydsFail can we expect compensation to be offered by Lloyd's to affected customers?

Unable to pay for my shopping today as card was declined and couldn't get money from the cash dispenser! #thankshalifax #halifaxfail

A spokesperson insisted the problems have now been fixed.

"We apologise that earlier today (Sunday), between 3pm and 6pm, some customers were unable to complete their debit card transactions," the spokesperson said.

"Although the majority of transactions were unaffected, we are very sorry for the inconvenience that this will have caused."

Around half of the firm's 7,000 ATMs were also affected by the glitch, the spokesperson confirmed, although customers were reportedly able to withdraw cash from other cash machine brands.

The group's online and telephone banking services were unaffected by the issues.

TSB CEO Paul Pester also took to Twitter to blame the problems on an "HP server failing", and apologised to customers for any inconvenience caused.

HP confirmed to IT Pro in a statement that it was assisting Lloyds Banking Group to find out what caused yesterday's problems.

"HP service engineers responded quickly to help bring the service back online as soon as possible.  We are continuing to work with Lloyds Banking Group to undertake root cause analysis - this activity is receiving the highest levels of management attention and technical support," the statement concluded.

Pester added: "The cause of the problems at TSB is now fixed. It'll take a while to sort the backlog...Thanks to all TSB colleagues who worked so hard this afternoon to fix the IT issues. Sorry once again to all our customers affected."

The banking group's customers are still awaiting confirmation about whether they will be allowed to claim compensation over yesterday's problems.

This isn't the first time the group's IT strategy has come under scrutiny, as the re-launch of the TSB brand in September 2013 was hit by technical issues that stopped customers accessing their accounts.