Windows 9, Google outages and Lloyds Bank's tech issues. Here are the stories that have got IT Pro readers hot under the collar this week. 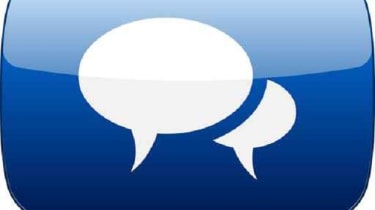 As the sun sets on another week in the tech world, we take a look back over the stories that have riled our readers and got them talking.

Popular topics of discussion this week have included the prospect of Windows 9, Lloyds Banking Group's IT problems and last Friday's Gmail outage.

Given the lacklustre response Windows 8.x has had from business users, IT Pro has compile a list of features we'd like to see included on the next iteration of the Microsoft operating system.

Our must-haves for Windows 9 include a low-price, better battery life and access to a desktop-only mode, and the IT Pro community hasn't been shy in suggesting a few enhancements of their own.

After using Windows 8 for a year, going back to Windows 7 would be the most exciting upgrade since the introduction of Windows 95.

"How about renaming Windows 7 to Windows 9," suggested Snake Plissken.

"After using Windows 8 for a year, going back to Windows 7 would be the most exciting upgrade since the introduction of Windows 95."

Jake, however, said he hopes Microsoft doesn't tamper too much with the operating system's search capabilities, which he cites as a standout feature on Windows 8.1.

"The one issue I have with Windows 8.1 is when I switch to the Metro environment and I close an app it goes back to the desktop, which I have as default," he moaned.

"What I love about Windows 8/8.1 is being able to start typing the app name and the search window appears. That is more efficient then using the Start button. So if they put Metro shortcuts on the desktop, I hope the search stays the same," he added.

Customers of Lloyd's Banking Group, which covers the TSB, Lloyds Bank and Halifax brands, were leftembarrassed this week when a server bug left millions of them unable to make debit card payments or withdraw cash.

The problems started Sunday afternoon and lasted several hours, with many of the banks customers taking to Twitter to express their dismay.

Lloyds should be ashamed and its IT staff re-evaluated.

TSB CEO also used the social networking site to keep customers up to date with what was going on, and in the process revealed the issue had been caused by an HP server failing.

IT Pro readers were not amused, with some questioning the resiliency of the bank's IT infrastructure, including DPrice.

"Lloyds should be ashamed and its IT staff re-evaluated. I am an IT manager and systems fail. Any competent IT team or manager will tell you that redundancy is paramount in a mission critical system," he fumed.

"If they can be affected by a single server failure to this extent, they don't have sufficient infrastructure planning or competent IT management.

"It doesnt matter if it's an HP, IBM, or Sun server. If you did not have a backup system running in parallel then the fault lies with Lloyds, not the hardware manufacturer."

DPrice's view won the backing of Kamal, who added: "Mentioning server manufacturer is irrelevant in the context of this issue. System failures are not uncommon. This is an infrastructure and redundancy issue."

Lloyds Banking Group wasn't the only one to run into technical difficulties last weekend, as search giant Google did too last Friday night.

The problems, which Google blamed on a software bug, left users across the world unable to access Gmail, Google+, Calendar and Documents for up to an hour.

Only missed the mark today? I am afraid Google is constantly missing the mark.

In a contrite blog post, published in the wake of the downtime, Google apologised to users for "missing the mark" on its uptime targets.

Unfortunately, its apologies didn't wash with the IT Pro community, with the fantastically-named World Carrot Museum (WCM) among the readers who took issue with the firm's apology.

"Only missed the mark today? I am afraid Google is constantly missing the mark in not responding to customers' views and wishes," wrote WCM.

"All this tinkering with Maps, Google+ and Gmail is driving people nuts."

Francis Rex was equally as unforgiving, particularly when it comes to Google Chrome's recent performance.

"Not sure if it is my imagination but Chrome search responses seem to be taking noticeably longer of late and there is a higher incident of being unable to find pages. Given traffic volumes and the fact it is free, who can be surprised? But is the mighty Google vulnerable?"