Berners-Lee calls for Bill of Rights for the web

Sir Tim Berners-Lee, founder of the World Wide Web, marked the 25th anniversary of the internet's invention by calling for a bill of rights for its users.

"It's time for us to make a big communal decision," he told BBC Breakfast.

Berners-Lee has criticised government surveillance in the wake of revelations from former NSA contractor Edward Snowden. He has called government surveillance programs "foolish" and "deeply concerning" for compromising a tool that is "important in people's survival." He has stated that such programs undermine the foundations of democratic society.

He has consistently advocated for a more open internet, including more widespread access, fewer regulations, sharing data, and net neutrality.

He said the internet should be a "neutral" area and users should not feel like "somebody's looking over our shoulder."

Berners-Lee ended by calling for increased activism against government surveillance to preserve the internet's open nature.

"The people of the world would have to be constantly aware, constantly looking out for it - constantly making sure through action, protest, that [widespread surveillance] doesn't happen."

Snowden's leaks revealed surveillance by the UK and US governments. The GCHQ collaborated with the NSA to collect details of users age, sex, and location through apps such as Google Maps, Facebook, Flickr, LinkedIn, Twitter and Angry Birds.

The agency declined to comment about the allegations at the time, except to say that its activities were legal within British law. 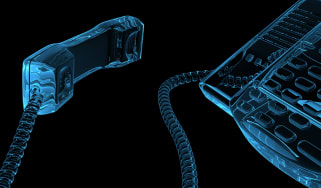