George Osborne wants to re-invigorate tech and manufacturing in UK with £116 million investment. 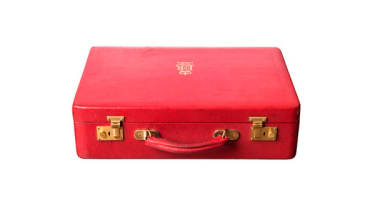 George Osborne, Chancellor of the Exchequer, outlined plans to kickstart the technology and manufacturing sectors in the UK during his 2014 Budget address.

The Chancellor revealed plans to established a number of dedicated research and training facilities at a total cost of 116 million.

"If Britain isn't leading the world in science and technology and engineering, then we are condemning our country to fall behind," Osbourne told Parliament.

"So we will establish new centres for doctoral training, for Cell Therapy and for Graphene (74 million) a great British discovery that we should break the habit of a lifetime with and commercially develop in Britain."

Meanwhile, the Alan Turing Institute, dedicated to the World War code-breaker, will cost 42 million and will be built to focus on big data and algorithm research.

Osbourne also emphasised the need for the Government to support the manufacturing industry.

Companies such as Apple and Motorola have reintroduced manufacturing to the west, building their the Moto X and Mac Pro devices in the US and creating thousands of jobs in the process.

"To those who say manufacturing is finished in the West, I say: look at America, which will see up to five million new manufacturing jobs by the end of this decade," Osborne continued.

"I'll tell you why. US industrial energy prices are half those in Britain. We need to cut our energy costs."

Osborne also announced the Government will continue to support apprenticeships, extending grants for over 100,000 smaller businesses.

"Next year, corporation tax will reach 20 per cent and we take under 21s out of the jobs tax altogether. Businesses keeping more of their money to create jobs and invest in the future," he added.