The £42m Turing Institute is a step forward for IT research in the UK, but it needs to succeed on its own merits. 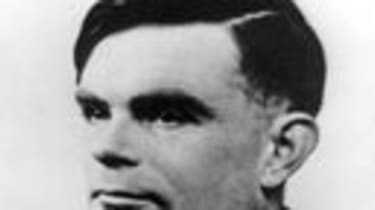 Inside the enterprise: In 1950, Alan Turing posed a simple question: "can machines think?"

The man now seen by many as the father of modern computing was exploring the limits of artificial intelligence (AI), and the then new field of electronic computing. Turing's paper, Computer Machinery and Intelligence, led to what is now known by AI researchers as the Turing Test: whether a machine behaves in a way that is indistinguishable from that of a human.

Over the years, computers have come closer to passing the Turing Test: IBM's Watson computer, for example, played against and beat human competitors in the US TV quiz show, Jeopardy.

Watson certainly behaved in a way that closely resembled a human contestant; IBM has since gone on to examine how the computer science developed for the game could be used in other areas, such as medical diagnosis.

The Chancellor's timing is good. Interest in data analytics is at a high, and the UK is well placed to turn that interest into both cutting-edge research and commercially viable businesses and skills.

The innovation that made Watson possible is also behind some of the other advances in computing intelligence. Raw computing power the result of Moore's Law is one. The other is the growth of powerful and specialist algorithms that can sift through vast amounts of data, come up with answers, and to some extent, predict the future.

It is against this background that the UK government announced it is investing 42m in a new research institute focusing on analytics and algorithm research; the new Institute for Data Science will carry Dr Turing's name.

Funding for the new research centre will be spread over five years, and the Government will invite bids from organisations wanting to host it, most likely from universities or other research institutions. The Governement hopes the lab will boost the UK's capabilities in artificial intelligence research, but also provide a centre of excellence for work on "big data" and analytics tools increasingly in demand by industry.

But if the research institute is to be a long-term success, it will need to develop its own sense of direction, as well as its own business model: Government funding is only guaranteed for five years. And it will also need to forge links with industry, including technology vendors, and the enterprises that use data analytics on a large scale.

To borrow from the Turing Test, the new organisation will need to behave in a way that closely mimics a research organisation that has not received special funding, building up its own research priorities, and sources of income.

The Chancellor's timing, though, is good. Interest in data analytics is at a high, and the UK is well placed to turn that interest into both cutting-edge research and commercially viable businesses and skills. The private sector is investing too: SAS Institute, a US-based vendor in the space, recently opened a new R&D centre in Glasgow for exactly those reasons.

If the Turing Institute can forge links with such commercial labs, as well as universities, then industry and academia should both gain.