Accessibility: How to ensure your workplace is inclusive

How can you ensure IT remains accessible for people with disabilities? It's imperative that you consider the options... 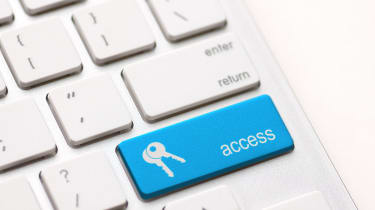 For many employers, dealing with people with disabilities in the workplace doesn't come at the top of their IT checklist. It should though as everybody should be treated equally.

That's the theory. How then, can businesses ensure this remains a reality. How should companies assist and ensure they're ready for dealing with the unique requirements of workers if they aren't already prepared?

The Equality Act of 2010 states an employer is responsible for making reasonable adjustments to help people with disabilities. In fact, the legislation covers nine areas, one of which is disability, with the others including, but not limited to, gender, race, marital status, sexual orientation and disfigurement.

Reasonable adjustment means putting in place what is required to make an employee's life - in terms of work - easier. In the vast majority of cases, that's technology being used as an enabler.

Employees may have an obvious disability, such as sight, hearing or a physical impairment, or it might be dyslexia, migraines, RSI or simply that they get tired more than others. Whether visible or something that isn't immediately obvious, the goal of making IT accessible remains.

The Equality Act also includes making suitable adjustments to systems the employer has already put in place that aren't accessible to people with a disability. For example, a company may implement a new piece of software that isn't compatible with a visually impaired employee's screen reading software.

If this is the case, that needs to be fixed. An assessment might say it will cost 20,000 to make those adjustments and, although that's not a reasonable outlay for one employee, it has been a legal requirement for more than a decade.

Organisations must think about whether it is reasonable for them not to think about implementing an accessible version of a particular piece of software functionality when they choose their package or ask a third party to produce it for them, according to Robin Christopherson, head of digital inclusion at AbilityNet.

John Lamb, Council member of the British Assistive Technology Association, says these technologies should be in place before an employee with extra needs has been hired, to future-proof the infrastructure.

"It really helps to make some kind of training on disability awareness available, especially for your recruitment team and explain what's expected of them. Larger organisations provide courses for line managers, but this should be a universal requirement," he explains.

A study by Even Break highlighted a big problem when trying to get more people with disabilities into work.

Researchers at the company applied for 20 vacancies, including names, a CV and a covering letter, without checking the disability box. The same researchers then applied for the same vacancies with identical CVs, just changing the name and ticking the disability box. In the first case, researchers received 20 replies and in the second case, they didn't get a single response from the recruiter.

Christopherson says this research doesn't show the recruiters were necessarily saying we hate people with disabilities', but they are scared to take them onboard because they don't know how to make the necessary adjustments if that employee were to get the job.

Research by the Health and Safety Executive in 2013 found if peoples' needs are being met sick leave levels fall. Furthermore, employees with disabilities are more loyal and stay longer in their job when their requirements are catered for.

"If you look at the levels of sick leave and mental health issues, they're very high and the numbers of tribunals against employers for mistreatment and mishandling are up," Christopherson explains.

There are lots of solutions out there to aid companies implement a plan to address extra needs employees may have from an IT point of view.

Access To Work provides special kit without the associated financial burden. Run by the Department for Work and Pensions, there's a sliding scale of how much funding you'll receive according to how quickly you apply.