What will Apple CEO Tim Cook announce at WWDC later today? iOS 8? The iWatch? Or, some new MacBooks? We run through the possibilities 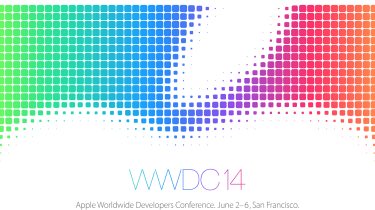 Apple's annual Worldwide Developer Conference (WWDC) will kick off later today in San Francisco, and there are plenty of rumours about what might be revealed.

CEO Tim Cook labelled 2014 as the year in which Apple would showcase "amazing new hardware, software and services", so what can we expect to see at Cupertino's biggest showcase?

Apple has all but confirmed iOS 8 will be showcased at WWDC.

Much of the speculation around iOS 8 has been centred on one of its apps called "Healthbook". Leaked screenshots have shown it appearing next to the other debutant apps called Preview and TextEdit. The app will be based on the design of Passbook and will include a number of tabs relating to various health categories. Healthbook will reportedly work together with the forthcoming iWatch, which 9to5Mac's sources claim is "well into development."

iOS 8 is likely to include split-screen functionality for the iPad, too. Users will be able to run two applications at once, similar to the "snap" multitasking features in the Microsoft Surface line. The ability to multitask is popular in business and enterprise, and put the Surface forward as a true laptop replacement. Apple is trying to go one further by providing developers with tools to design apps that can interact with each other when run simultaneously.

Apple has confirmed that it will show off the next version of OS X at WWDC, named Syrah. The update is expected to convert the look and feel of iOS 7 across to the Mac. The desktop OS will enjoy a larger presence at WWDC than iOS 8, according to Mark Gurman at 9to5Mac and will feature an end-to-end redesign.

For those worrying that their Mac might be turned into a glorified iPhone, Gurman says that Apple won't move too far towards iOS, instead taking the best features and designs from the handeld OS and importing it to desktop.

Apple is expected to continue with its annual smartphone release cycle. A Taiwanese newspaper claimed that the next Apple range will be set for release in August.

The new models, according to the Economic Daily News' sources, will feature increased screen sizes (between 4.7in and 5.5in) to rival Samsung's Galaxy series. Though the newspaper's source is shady, the even-numbered iPhones tend to see redesigns, so it could be possible that an announcement at least will be made in June.

Apple customers are so sure that a new model will arrive soon that they have apparently stopped buying the iPhone 5s. Sales for the model are reported to be slowing as WWDC approaches. A survey by 451 March revealed that 40 per cent of Americans said that they would buy the next iPhone, compared to 33 per cent that said the same in 2012.

Beats co-founders Jimmy Iovine and Dr. Dre will reportedly join Apple's board following the $3.2 billion acquisition of Beats headphones. The two will be taking executive roles at the company according to sources close to the company. Might they be making an appearance at WWDC 2014?

The television market has always been more of a hobby for Apple than anything. The last major update for Apple TV came in 2012 and competitors have seized on the opportunity: Amazon, Google and Western Digital have all released their own versions, making the set-top market highly competitive.

References to a fourth-generation Apple TV were discovered in iOS 7 configuration files, while analysts reckon that it will be released in the latter parts of 2014. Despite this, there are no concrete ideas on what the new version of Apple TV might look like: a set-top box, a USB or a whole television itself.

Re/Code reported that that WWDC won't be used to reveal Apple TV or preview any software for it, according to its sources. With the two new operating systems on the way Apple does have a lot on its plate. Perhaps the company is writing up a rain check to give Apple TV its own event?

Apple has said nothing about the potential release of its own smartwatch but that hasn't stopped widespread reports. With Microsoft looking into wearables, and with Google announcing its Android Wear, it would be a perfect opportunity for Cupertino to trump its rivals and steal some thunder.

The iWatch is rumoured to be a companion to the incoming Healthbook app, recording biometric data like pulse, calories burned and steps taken that will be stored within the iPhone for analysis.

If Apple was considering the release of an iWatch, it is more likely that it will wait until the public release of iOS 8, which, if Apple follows tradition, won't be available until September 2014.

Despite Apple updating its Air line-up rumours still persist that a new model could be on the way. A Retina-enabled Air featuring a 12in high-resolution screen could be forthcoming, designed to phase out older models. The 13in MacBook Air will then be replaced by the Retina-enabled 13in MacBook Pro.

Whispers also suggest Apple will drop the trackpad in favour of optical sensors and new touch gestures. The model is also supposed to be feature a fanless processor design.

Sources recently told the Financial Times that Apple is gearing up to enter the smart home market, with plans afoot to launch a software platform that will allow users to control the heating, security and lighting systems in their homes with their iOS devices.

This information is based on a patent application Apple made in November 2013, which suggests the firm is planning to use location-based technology to activate/deactivate lights or security systems whenever someone enters or leaves a property.

With the likes of Google and Samsung already making a big play in this area, we wouldn't be surprised to see some news from Apple at WWDC about this later today.