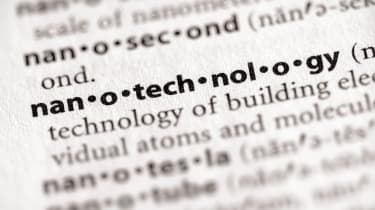 This may sound a bit pie-in-the-sky, and it is true that we are at the beginning of the nanotechnology revolution. However, economists and scientists alike believe discoveries in this field could revolutionise our society in the coming decades.

Carlota Perez, a researcher and lecturer at the London School of Economics and Political Science (LSE) specialising in the social and economic impact of technical change, sees nanotechnology as being the driving force in the next socio-technological revolution and economic cycle.

While Perez claims we are halfway through a cycle increasingly powered by robotics and automation which we can see in action in areas like manufacturing, but also supermarket self-checkouts she estimates the next cycle will be the "age of biotech, nanotech, bioelectronics, and new energy and materials".

While the golden age of this era may be some time off, the seeds of innovation are already being sown, as demonstrated by the research and discoveries already being made.

One particular scenario is put forward by physicist Michio Kaku in his 2011 book Physics of the Future.

Kaku predicts Moore's Law will "begin to falter and perhaps eventually collapse" around the start of the 2020s, and he is not alone in harbouring this belief.

Such a collapse, he claims, could throw the world economy into disarray unless a replacement is found for silicon transistors.

Nanotechnology such as quantum dots, which are thought to be one of the most promising candidates for use as a foundation in solid-state quantum computing, could help avert this potential crisis.

There is a lot of work to be done in the field of nanotechnology however, if the predictions of Kaku, Perez, Kuekes, and others prove to be right, it could just reshape the world as we know it, and transform businesses as well.