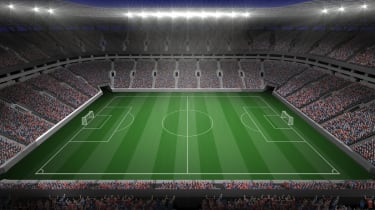 During the London Marathon in April, organisers used a number of techniques to track runners and allow spectators to join in, even if they weren't physically taking part.

For race registration in the days leading up to the event, each participant was given a shoe tracker with an integrated RFID chip. At 5km intervals, runners crossed mats that read their number from the RFID chip and transmitted the data back to organisers.

Friends of the runners were able to check progress in real time, while participants were able to analyse their run after the event using a specially built web interface.

The RFID technology was provided by IPICO, which also integrates its low-power chips into a number of other industry solutions, such as automotive applications including number plating, tolling, emissions certification, parking access and fleet management and the rail industry allowing tracking of rolling stock, car capacity and management of repairs.

Those who were unable to participate in the London Marathon could get involved digitally too, using Paofit's digital simulator to run the race from the comfort of their gym. The app for iPad combined real-world HD video that then augmented and integrated with 3D virtual world capabilities. It's a proprietary new kind of 3D technology that Paofit describes as a form of "mixed reality" in that it's somewhere in between the virtual worlds and augmented reality.

"We are definitely going to be doing other activities besides running. Our primary focus will be around those that relate to indoor cardio such as biking and rowing," says Andrew Frank, co-founder of Paofit.

"Besides sport, our technology does have tremendous potential in that we can make real world video so much more interactive beyond just pressing play and pause."

IBM's main focus at Wimbledon this year is data capture and transplanting that into spectator experience.

The company has employed 48 tennis analysts, capturing information about each of the matches. On the Centre Court, for example, four people watch and capture data of the match, monitoring the speed of service, direction of the ball, how the ball bounced and was returned, the rally count and how the final point was won and lost using a radar gun. This is all entered into the system and analysed in real-time, then sent to a data centre where it is reproduced into graphics for TV.