Google's millions, and London as a tech hub

Google is making London the base for its new venture capital arm. Is the city now a valid tech hub? 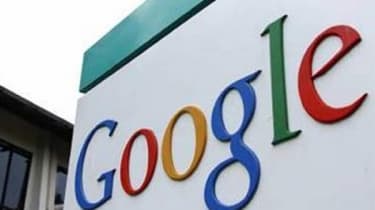 Inside the enterprise: London's Silicon Roundabout the nexus of streets around Old Street Underground station has been heavily promoted as a technology hub, not least by the UK government.

It has also been derided as a home to hipsters, of outlets selling grass-based juices and overpriced coffee, and internet start-ups with lots of style, but very little substance.

A strong startup economy is not the whole picture, though. For a tech economy to thrive, it also needs to attract established businesses.

Google, though, begs to differ. The company made a significant investment when it set up its London Campus start-up space a year ago. It is now going further, and making London, and indeed Clerkenwell, home to its European arm of Google Ventures.

Google Ventures is a US$100m fund, which will invest in European start-ups. These will not all be in information technology; they will also include companies working in fields such as medicine, and clean energy. But Google says it is committed to providing both financial and engineering support to fledgling hi-tech businesses.

The new Google fund will operate across Europe, but as Google Ventures' managing partner Bill Maris noted in a blog post announcing the project London and the UK has a rich history of innovation.

But London's appeal to technology companies, and by extension that of the UK, is a composite of a wide range of factors.

Economic factors include the availability of finance, a stable political and economic background, and a strong legal framework covering areas from cybersecurity to protection of intellectual property.

Then there is the availability of a skilled workforce, world-class research universities, and a large enough local market to allow companies to try out their ideas on paying customers.

The physical proximity of technology companies such as the cluster in east London, or indeed Silicon Valley, is just one part of the story.

As important, according to Chris Moore, a technology specialist at UKTI, is improving infrastructure. "We are seeing improvements such as Crossrail, which will link Heathrow to the west and east of London by 2017," he says.

That will encourage companies to use London as a European hub, as Google is doing, he claims. But improvements to the skills base, from Apprenticeship to doctoral level, is also improving the UK's draw to tech businesses.

A strong startup economy is not the whole picture, though. For a tech economy to thrive, it also needs to attract established businesses. Again, the UK seems to be getting it right, according to Ash Ashutosh, CEO of Actifio, a vendor of financial services technology. The company recently opted for London for its European HQ.

"Some of our largest sales are done in the UK, and the UK is very focused on business outcomes," he says.

The company has had no issues recruiting skilled staff and proximity to the City of London is a boost for a firm supplying the financial sector. If Ashutosh has a gripe, it is around transport. And that makes him an honorary Londoner.