Alternatives to flying for business travel

What can you do if you just can't face flying? We discuss the different options available...

Nevertheless, thousands of companies rely on trains to get employees and execs around, and that will no doubt continue in spite of the price hike.

Fear of flying affects about 30 per cent of the population old, young, male, female. We have many people that attend our courses that need to fly for work. Some have been honest with their companies about the fear, and understanding companies have sometimes even paid for the course place. Others keep it quiet rather than risk losing their job.

A return flight from London to Edinburgh could set you back as much as 222, while a opting for a train on the same journey would cost 131 by our calculations. However, while a train would eat up around four-and-a-half hours, a flight will get you there in around 90 minutes. 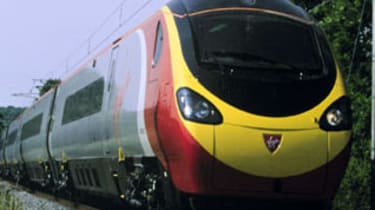 A train, car or coach obviously aren't going to get you too far away though. This is where things get tricky, as travelling by boat can take much, much longer than a busy professional's schedule will allow. There's also the issue of connectivity, which is much harder to come by once you've left the shore of civilisation.

And it's often the case that time spent travelling has to be utilised for tasks ahead of an event or meeting, or following up from where you've just been, and so is vital that professionals are able to pick up where they left off while they're away from the office. This makes trains the number one choice for so many.

Travellers can utilise technology to maintain productivity while on the move, yet a spotty or non-existent internet connection can hinder this more than expected. Finding a Wi-Fi connection is much easier when on the road rather than up in the air, providing invaluable opportunity to catch up on work.

Speaking to IT Pro about the convenience of working on different modes of transport, Joshua Gunn, head of digital communications at Statesman Travel Limited, said: "When travelling by train you're far more likely to get a power socket than by air. We've found that sockets on planes can be quite unreliable too.

"Many larger stations now have free Wi-Fi available through public services like The Cloud airports charge you for the privilege of working while you wait, unless you're in one of the premier airline lounges."

The extra time spent getting to your destination when choosing not to fly can thus be time much better spent, with the ubiquitous nature of Wi-Fi on trains and many coaches allowing professionals to continue with many of their daily tasks and responsibilities even when they're taken far away from their desks.

Speaking to the Telegraph, head of cloud at Pulsant, Russell Ridgley, said: "Business trips can be especially taxing when trying to combine travel with performing normal, everyday work tasks. Having access to your company network via phone, tablet or laptop and the confidence to access crucial business data security is a top requirement."

Alternatively, travelling can provide a brief respite for busy execs time in which they finally switch off and not be bothered by the constant bleeping of technology and updates from the office.

"Many of our client travellers are forever in always on' mode, emailing from different time zones, taking calls in the middle of the night etc.," Statesman Travel's Joshua Gunn told IT Pro.

"So for them, not being in regular contact with the office can be a huge respite. Not having access to power or Wi-Fi often gives them an opportunity to relax or focus on real work that they simply don't have when emails are flooding in."

The way in which we choose to travel often depends on the individual, but the environmental impact of regular air travel also can't be underestimated. Regular flying for both business and pleasure has contributed hugely to climate change, with greenhouse gas emissions increasing massively over the last decade, and flying less for work could contribute to the reduction of this damage.