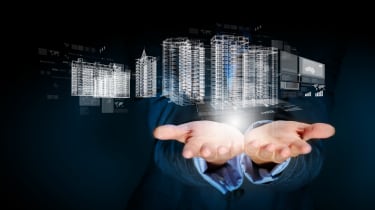 The slow progress of the government's TechNorth project has been criticised by shadow business secretary Chuka Umunna, who called it a blow to plans for a "northern powerhouse" in the UK.

TechNorth was launched as a new technology hub in the North of England, set to rival efforts by Tech City UK in East London.

The Labour MP said: "George Osborne is fond of talking about a northern powerhouse but, as with infrastrucure and rail, the details are falling far short of ministers' rhetoric.

"The TechNorth project was launched to great fanfare by Nick Clegg in Sheffield last year although progress has been slow and it is unclear whether this was anything more than a pet project which, after the election, ministers are now ignoring."

The venture was announced in October 2014 but will not officially launch until September this year.

Launching the new hub, then Deputy Prime Minister Nick Clegg said he hoped it would help double the number of technology jobs in the region.

The initiative's aim is to create a technology hub by linking Leeds, Sheffield, Liverpool and the North East (Newcastle, Sunderland and the Tees Valley). It is hoped the hub will match the success of Tech City in the south.

"My ambition, over time, is to double the number of tech jobs in the North, creating a stronger economy. To put this in context, it is estimated there are about 200,000 ICT jobs in the region currently," said Clegg. However, no timeframe was given as to when that figure would be reached.

The hub will lead efforts to co-ordinate technology clusters in cities within the scheme, with the aim of building the brand of a northern tech centre. In March, Clearly So's Claire Braithwaite was hired as chief executive.

While rivalling efforts down south, TechNorth will be part of Tech City UK. The hub will also work with UK Trade and Investment (UKTI) to attract inward investment to the tech industry in the north of England and support existing tech businesses to grow by pooling ideas and resources across local boundaries.

According to government estimates, around 20,000 technology, media and telecoms businesses operate in the region.

Katie Gallagher, managing director of Manchester Digital - the trade association for digital business in the North West of England - said she applauded the initiative and was glad to see the region finally getting the recognition it deserved.

"TechNorth is a good concept and we are hoping to lend our support to this initiative. We look forward to working with partners across the North to add further shape to the scheme. There are already a number of existing initiatives in place which would flourish with additional support, funding and political backing," she said.