The Samaritans defend Twitter-monitoring app in face of privacy backlash 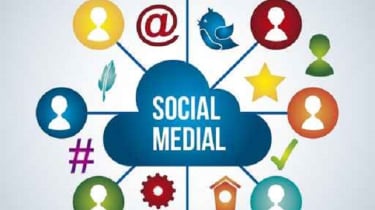 The Samaritans has moved to address the privacy concerns raised in the wake of the recent launch of its Twitter monitoring service.

The suicide prevention charity has come under fire since announcing the launch of its Radar web app, which emails users whenever a friend of theirs Tweets a concerning message.

There has also been an online petition set up at Change.org, calling for Radar to be scrapped on privacy grounds. At the time of writing, 419 people had signed it.

The service, which was created by digital agency Jam, uses a specially created algorithm that looks for certain trigger words and phrases within Tweets using the Twitter API before an email is sent to users about how to offer advice and support to the Tweet's publisher.

The organisation has described the service as a "safety net" that reduces the risk of a person's online call for help being missed by friends and family.

However, since Radar's launch was announced on Wednesday 29 October, Twitter users have widely criticised the service, claiming it could be used by online trolls to pinpoint vulnerable people to attack.

Meanwhile, some have expressed concerns about the fact it notifies others about the contents of users' Tweets without their consent or knowledge, and claim the service's data collection procedures breach people's privacy.

The Samaritans have responded to these claims in a series of website posts, while defending Radar's existence and the way it collects and uses people's information.

As such, it's reiterated the fact the app features a "Whitelist" function, whereby people can opt out of Radar monitoring their Tweets by sending a direct Twitter message to @samaritans.

In a statement, Joe Ferns, executive director of policy, research and development at the Samaritans, said: "We know from research that vulnerable individuals can go online to call for help, in the hope that someone will reach out to them, so we developed Samaritans Radar particularly for Twitter users who want to be able to support their friends.

"We are looking into the details of the issues raised, including working with the relevant regulatory authorities, and will continue to take action as needed to address these concerns appropriately going forward," Ferns added.