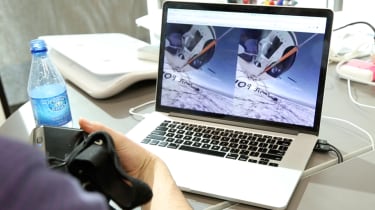 Mozilla has announced MozVR.com, a virtual reality site for Firefox or "VR website about VR websites", in time for the 10th anniversary of the web browser.

The site requires the user to have a virtual reality-enabled version of Firefox (or VR-enabled Chromium builds) and an Oculus Rift headset in order to work, and is a way for browsers to preview technology demos using VR.

After releasing versions of Firefox with Oculus Rift support earlier in the year, this move sees Mozilla taking advantage of virtual reality and offering users a chance to experience such capabilities for themselves.

"As one of the first websites of it's kind, building it required that we come up with new solutions for the unique challenges of a fully immersive, three-dimensional medium," Mozilla said on the MozVR website.

"It is very important to us that the VR Web captures the feelings of flow that we love about the classic Web. So we designed a Web VR navigation interface that allows users to move from site to site without friction... Clicking a link becomes like teleportation, as one VR world dissolves seamlessly into the next."

One of the demos currently available to use by those with the right browser and headset is a 360-degree documentary on the Arctic and a fly-through of coastal British Columbia.

Developers will also be able to play around with VR for Firefox, with source code and tools and tutorials being provided via MozVR and GitHub.

Mozilla has promised support for devices other than Mac and PC is coming soon.

"This interface is still early in its evolution," it continued. "But we view it as a test bed for experimentation into the future of Web VR interaction, and are very excited to take it further."