UK government ordered to give more support to tech "scale-ups" 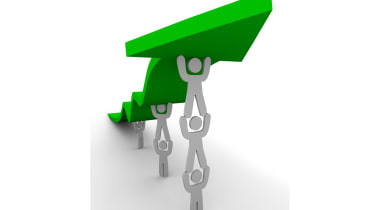 The government must address the scale-up gap' plaguing the UK tech sector in order to add a potential 225bn to the economy over the next 20 years, it is claimed.

Serial entrepreneur and LinkedIn board member Sherry Coutu revealed her findings on the problems British companies face in scaling out in The Scale-Up Report, published today.

Her report, commissioned by the Information Economy Council, calls on Britain's next government to provide more help to companies hoping to scale citing a Deloitte study that estimated doing so could unlock 225bn in economic value by 2034.

Coutu said: "Our promising companies struggle to grow domestically and expand internationally and are taken over by larger often foreign firms at a significant discount to their potential.

"This is a major issue because scale-up companies are crucial to national competitive advantage.

Coutu called on the government to help growing firms find the right employees, access more markets and find funding in order to solve the crisis.

If the UK can fix the problem, another 238,000 jobs could be created in the next three years, according to Royal Bank of Scotland data cited by Coutu in her report.

And she argued that government must focus on producing scale-ups ahead of startups, despite the burgeoning growth of startup clusters across the UK.

Deputy CEO Anthony Walker said: "Coutu is calling for a significant pivot in the UK's industrial policy. Whilst promoting entrepreneurship and start-ups is clearly important it won't be enough in itself to ensure economic growth.

"The Scale-Up Report, which techUK helped to produce, presents a set of clear and actionable recommendations that all political parties should study carefully ahead of the next General Election," Walker added.