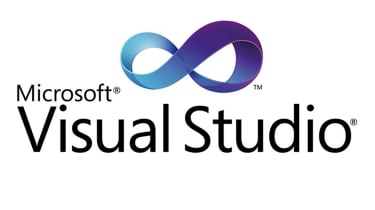 Visual Studio Community is the perfect answers to developers who've wondered why they have to pay for a tool to build Windows Phone and Windows apps while Xcode and Google's tools for building Android apps are free.

"If you're a student or a startup or working on open source software or a non-profit or you're sitting in a garage working on an app for an app store and you're going to monetise that app, you can do all of that in Community," Somasegar confirmed.

But there are also useful cross-platform tools coming in Visual Studio 2015. These include built-in support for Apache Cordova to build iOS, Android and Windows apps, complete with TypeScript integration and iOS debugging from within Visual Studio. It also has an Android 4.4 emulator that can emulate accelerometer, location and different network behaviour. Mobile developers have frequently expressed frustration with Google's own Android emulator, so this could prove popular.

Somasegar said: "[Visual Studio 2015 is] a fantastic toolset to build cross-platform mobile applications, targeted at iOS, Android and Windows; it gives you a rich toolset, whether you're using HTML and JavaScript, whether you're working with the Apache Cordoba platform or wanting to use C# and .NET where we are partnering with Xamarin, or you want to work on C++ cross platform apps, where we are integrating Clang and LVVM for you inside Visual Studio to be able to compile to other platforms."

The Clang compiler and LVVM optimiser will support Android in the preview and iOS later on, so you'll be able to compile the same C++ code for iOS, Android and Windows. And for C# and VB developers, Microsoft's new Rosyln compiler will be the standard compiler, giving you information about your code even before you compile it using code lenses. Visual Studio 2015 also includes the option to have unit tests for your code generated automatically.

Along with the preview of Visual Studio 2015, update 4 for Visual Studio 2013 is also available today with new features like a GPU usage profiler (so you can tell whether it's the CPU or GPU that can't keep up with your code) and support for Git pull requests in Team Foundation Server.

Visual Studio Online which now has over 2 million registered developers using it gets more devops features, including Release Management as a service and a new build system with custom workflows that will be able to build code from external sources like GitHub and to run builds on systems other than Windows. The new build system is still in preview but it means you'll even be able to build for iOS and OS X on a Mac using Visual Studio Online and Team Foundation Server.

But the big push with today's announcements isn't giving existing Visual Studio users new tools, important as those are. It's attracting developers who've never used Visual Studio - or maybe any Microsoft tools - before. Somasegar is thinking big. "Between Visual Studio, Visual Studio Online, .NET and Azure, we want to have a comprehensive and compelling developer offering for every developer working on any kind of offering," he said.

Microsoft has a heritage of developer tools going back to the company's very first product, but the rise of first the web and then iOS and Android has meant they're no longer the automatic choice for startups and new developers.

Speaking at a Cloud-first, Mobile-first' event in Switzerland today, Microsoft CEO Satya Nadella said Microsoft wants to be the company "that equips startups with the tools to be able to dream big and access world markets".

That's exactly what today's announcement of the free Visual Studio Connect and much improved cross-platform support in .NET, Visual Studio and Visual Studio Online are aimed at doing making Microsoft relevant to developers far beyond Windows.