What makes a great leader? We look at some of the IT success stories

What are the secrets that set average managers apart from great ones? Read on to find out more... 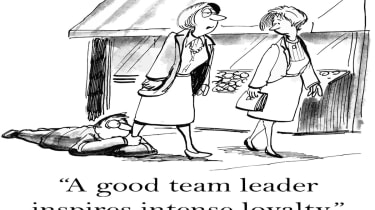 With the ever-increasing pressure on businesses of all sizes, it's imperative that the IT department is ruled by a good leader.

Indeed, this role is becoming ever more critical to the success of the business. While good leaders may help a firm tick over, it is the great leader that will help them achieve long-term success. We've listed some of the traits that separate the great from the commonplace.

It is hard to believe that someone such as Bill Gates would need to brush up on his public speaking abilities. However,  a recent article in Forbes suggests he has transformed himself over the last few years into a great communicator with his philanthropy work at the Bill and Melinda Gates Foundation.

He also believed that you can learn from your mistakes. "Your most unhappy customers are your greatest source of learning," he said.

Make sure you hire the best

According to Yahoo chief executive Marissa Mayer, hiring the right people and using them to build products consumers love will in turn bring in traffic and increase revenue. In an interview at Tech Crunch Disrupt, she said these types of people "are a chain reaction, and they work somewhat like a funnel." "You need the right people to create good products. The products have to be good."

Be able to change your mind

For the longest time, former Oracle chief executive Larry Ellison used to eschew acquisitions focusing on the organic growth of his company. However, before Oracle's acquisition of PeopleSoft around 10 years ago, Ellison predicted that a big wave of consolidation was coming to the tech industry, leaving fewer players in the market as a result.

Ellison then embarked on a series of acquisitions to build Oracle up into one of the biggest technology companies in the world.

Be prepared and willing to take risks

Leaders make companies what they are and define the culture of the entire business. To be successful, they must take measured risks every day. Steve Jobs did this, according to many industry watchers, including Mark Hipperson, president of IT consultancy BJSS.

"They weren't always the right decisions but he kept believing in himself, took more risks and was ultimately proven right," he says.

Facebook wouldn't be the company it is if it wasn't for Mark Zuckerberg's passion. This is what turns someone running a company into a successful entrepreneur. For him, it's all about "find[ing] that thing you are super passionate about".

He continues: "A lot of founding principles of Facebook are that if people have access to more information and are more connected, it will make the world better; people will have more understanding, more empathy. That's the guiding principle for me. On hard days, I really just step back, and that's the thing that keeps me going."

Sometimes not making a decision can be the right thing to do. In his book "How Google Works", Schmidt tells of a product review meeting at Google where Eric Schmidt, Larry Page and Sergey Brin ended up disagreeing on an important feature of a new product.

While there were other people in the room, Schmidt decided to call time on the argument and reconvene with just the three of them. When Schmidt found out that none of them agreed with each other, he left them to decide by themselves. By the next day, Schmidt had asked if a decision had been made between Page and Brin. Their response was that they came up with a different idea instead.

When Michael Dell stopped being chief executive of his eponymous company, the firm went into decline. He was brought back with the aim of boosting the by then-low levels of employee morale.

Previous CEO Kevin Rollins had seemed distant, whereas Dell, a changed man by some accounts, came back with a less autocratic style of leadership. His focus was on collaboration with and delegating decisions to his executive team and listening to what employees on the ground had to say.

Be focused on the customer

It is hard to think of a company more focused on customer service than Amazon. In meetings, chief executive Jeff Bezos will bring in an empty chair to remind people at the meeting of the person not in the room; the customer. This helps him and his team to remind themselves of how the customer would react to their decisions.

IBM chairman and chief executive Ginny Rometti has a task on her hands in keeping Big Blue heading in the right direction. In order to do this, she encourages employees to believe they are working for a higher purpose and a common goal.

For example, the firm is working on cognitive computing that could benefit the field of medicine, among other things.