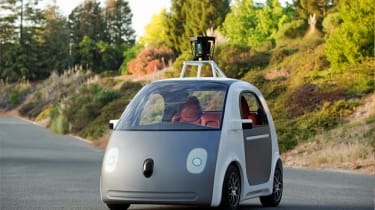 Driverless cars are to be tested in 2015, with the trials taking place in four UK cities Greenwich, Bristol, Coventry and Milton Keynes.

The plans were unveiled in George Osborne's Autumn Statement yesterday, which detailed a further 9 million in funding to be added to an existing 10 million prize fund for the project.

The cash will be supplemented by the businesses involved in the ventures, and all tests will start from 1 January 2015, to continue for anywhere between 18 and 36 months.

In Bristol, the Venturer consortium will look at driverless cars' potential to reduce congestion and improve safety on the roads, as well as their impact on the insurance industry.

The Gateway scheme will take place in Greenwich, where the Transport Research Laboratory (TRL) consultancy and a collection of motoring associations will test automated shuttle vehicles and autonomous valet parking.

Rob Wallis, chief executive of TRL, said: "The combination of TRL's independent expertise; robust, reliable testing protocols and driving simulation facilities alongside the diverse and high calibre qualities of our consortium means we can safely demonstrate automated vehicles to build acceptance and trust in this revolutionary technology."

People will also be able to experience what being inside a self-driving car will be like thanks to the Gateway scheme's simulator, which uses a 3D model of the surrounding area.

Milton Keynes and Coventry will share the UK Autodrive programme, which will test driverless cars on roads as well as self-driving pods in public spaces.

Ford, Jaguar Land Rover and engineering consultancy firm Arup will all be involved in the programme.

Arup's Tim Armitage said: "Our plan with the practical demonstration phases is to start testing with single vehicles on closed roads, and to build up to a point where all road users, as well as legislators, the police and insurance companies, are confident about how driverless pods and fully and partially autonomous cars can operate safely on UK roads."

In October, Transport Minister Claire Perry revealed that the Department for Transport would be reviewing the capabilities of driverless car technology.

She said: "I see a future where driverless buses provide better and more frequent services. A major component of rural transport is the cost of the driver and so a truly driverless bus could transform rural public transport in the future."