Google 2014 trends have been unveiled, and include the year’s biggest sporting events, tech releases, cat stats and more 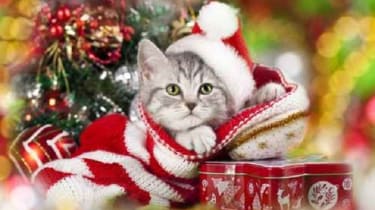 Google has released a list of 2014's top trends, detailing what users of its search service were talking about this year and why. Ranging from technology launches and major sporting events to the Ebola outbreak, here's what we were talking about and searching for information on this year.

- Five global trends in the top 100 of 2014 were related to phones, with Apple top of the list following the release of the iPhone 6 and iPhone 6 Plus in the summer.

- Wearable tech was also a big winner, with new launches and general buzz leading it to become one of the most searched for topics of 2014. Fitness apps took the lead, as searches for Strava went up 1.5x compared to 2013.

- There was an increase in interest for Drones, also, with the social network TravelByDrone becoming the eighth-highest search term related to the devices.

- The Rosetta probe became a huge topic of conversation this year, with searches rising 29x as the spacecraft reached Comet 67P. Tweets and selfies followed, making the mission an internet phenomenon.

- Two lunar eclipses, blood moons, the release of Christopher Nolan's Interstellar and the anniversary of the Apollo 11 landing in 2014 led us to search for moon', nasa', interstellar black hole' and how to become an astronaut' more than ever, Google's stats revealed.

- In June/July, the 2014 FIFA World Cup Brazil was all anyone was chatting about, with several notable incidents confirming it as one to remember. The most searched sporting event in history, the tournament also boasts the highest-scoring semi-final ever.

James Rodriguez was the top trending player, while the total number of searches related to the event reached over 2.2 billion.

- The 2014 Sochi Winter Olympics weren't quite as popular as the World Cup in search terms, but they were the second most searched for sporting event of the year.

Then there was the controversy over some of Russia's politics, with Channel 4, The Guardian and Google all sporting rainbow flags/logos and searches for russia gay rights' multiplying 43x in global search a week into the games.

- Around the world, other sporting events dominated the online conversation, with the Super Bowl at the beginning of 2014, Real Madrid's triumph at the Champions League Final and the Indian Premiere League.

- The most searched for extreme sports were BMX, parkour, motocross, skydiving and Bungee jumping, and Australia's fire surfing' was one of the top new trends of 2014.

-  There were also a number of more downbeat searches with schumacher update' spiking following his skiing accident at the beginning of the year. Jules Bianchi's accident in Japan and the death of a pilot after the explosion of a Virgin Galactic test flight were also among the most searched terms in 2014.

- FC Barcelona coach Tito Vilanova tragically succumbed to cancer in April, and fans searched for his name throughout his treatment.