We look at some of the biggest film releases of 2015 that have a sci-fi or tech slant. Enjoy... 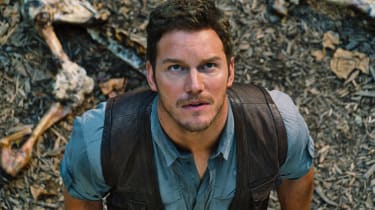 The Christmas break is a great time to catch on some of 2014's biggest films we may have missed, but it's also the perfect opportunity to look ahead to what we are looking forward to in 2015. There's plenty of sci-fi fare on next year's roster, and here we take a look at the 10 films set to be on our radar over the next 12 months.

Marvel can currently do no wrong, and it big release in 2015 is Ant-Man, starring Paul Rudd and Michael Douglas. It's another relatively hard sell to audiences following Guardians of the Galaxy, and production has not been without it's controversies already.

Shortly after the film was announced, director Edgar Wright exited the project, and rumours of Marvel's part in his departure were rife. Now, Peyton Reed is at the helm and things appear to be back on track, and all signs point to Ant-Man being one of the biggest releases of the year.

We don't know too much about the next Bond movie yet, as is always the case, but a recent event did confirm the new title as Spectre. Sam Mendes and Daniel Craig are returning as director and star, respectively, and we'll be seeing Christoph Waltz step into the villain role for this one.

The Terminator franchise needs some serious TLC right now, and Game of Thrones' Alan Taylor is hoping to be the guy to do just that. A soft reboot of the original, beloved movies, Terminator Genisys will take things to a new timeline and hopefully retcon much of what went on in the two most recent films.

Emilia Clarke is donning Sarah Connor'a boots, while Jai Courtney is Kyle Reese and Jason Clarke John Connor. Arnie's also back, and we can hopefully look forward to a return to form and the start of a brand new series in 2015. Watch the trailer below.

The big live-action Disney release of next year, Tomorrowland stars Britt Robertson as a techy teen who finds her purpose in a world removed from our own, helped along by George Clooney's mentor. It's a film that looks fresh and inventive in a way younger-skewed movies rarely are, and is certainly one to watch. Watch the teaser below.

Joss Whedon is back at the helm of the Avengers sequel, which reunites Iron Man, Captain America, Hulk, Thor et al for the finale of Marvel's phase two. It's likely to be a darker instalment than the previous one given that it will, in part, usher in the more tumultuous collection of stories revealed by the studio recently.

But it feels like a sure thing that this movie will be as crowd-pleasing as the last, which became a mega-hit with audiences back in 2012. Watch the trailer below.

A film delayed from 2014, Jupiter Ascending is the new sci-fi adventure movie from The Matrix's Wachowski siblings, and stars Channing Tatum and Mila Kunis. Set in a highly imaginative sci-fi world, about as elaborate as you'd expect from the film's creators, it's a must for fans of their previous work. Watch the trailer below.

Fresh off his star-making turn in Guardians of the Galaxy, Chris Pratt is taking on yet another huge franchise with Jurassic World, a loose continuation of Steven Spielberg's dinosaurs-on-the-loose series. It's likely that this film is aiming to welcome in a new, younger audience, but there'll be plenty for older fans to enjoy too.

In the film, the titular park has finally opened and, as is expected, chaos quickly ensues. A lot of the finer details of the plot have so far been kept under wraps, but we know it's 10 years later and that there's a brand new genetically-engineered bad guy on the block. Watch the trailer below.

One of the earliest 2015 releases, Ex Machina is set to explore the area of artificial intelligence with a sci-fi twist, as a young programmer is enlisted to take part in a groundbreaking project deciding how human the qualities of a female AI really are. It stars Oscar Isaac and Domhnall Gleeson and you can see the trailer below.

There probably isn't another film set for release in 2015 more hotly anticipated than the new J.J. Abrams-helmed Star Wars adventure and, though it won't be arriving for almost a whole year from now, we can expect the excitement to rapidly build in the next 12 months.

There are plenty of spoilers and little details about the films scattered across the internet, but what we know for sure is that original stars Mark Hamill, Harrison Ford and Carrie Fisher are all returning in small roles, passing the torch over to a collection of new stars including Attack the Block's John Boyega and more. Watch the trailer below.

We know next to nothing about Ridley Scott's next sci-fi adventure film, but the director's reputation alone pretty much guarantees that it will be a huge deal when it arrives in November. Starring Jessica Chastain as an astronaut who becomes stranded on Mars, it sounds like a classic survival story in the vein of last year's Gravity.