Our tech predictions for 2015

The IT Pro team crystal ball gaze as to what they think will happen in the year ahead... 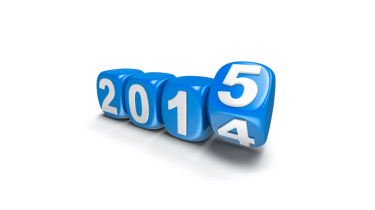 If 2015 is anything like the year gone by, we're in for an exciting 12 months.Read on to see what the IT Pro team think is likely to happen in the coming months...

I am expecting to see two types of technologies heavily marketed and adopted in 2015. And I expect at least one of them to be a roaring success in 2015. Wearable tech through pedometers, watches, and Google's Terminator inspired Glass have clearly captured the imagination and will no doubt filter through to a lot of people's wardrobe in 2015.

However, will the long term practicality match the novelty and innovation? Will it enable people to do what they do on their phones and tablets through watches or eyewear? I'm sceptical.

The other major theme that shows no sign of slowing is smart houses and connected devices. They will inspire more services such as British Gas' Hive, and enable us to manage our homes remotely. I envisage white goods and utilities being controlled by everyday folk as they go about their daily lives. Fridges that order more shopping direct from Tesco, washing machines that get the footy kit sorted whilst you're at work, and (potentially hazardous) ovens that can warm up before you get home.

I'm hoping for more unity around the skills and education crisis in 2015. We need to do much more as a nation - and an industry - to get kids excited and engerised about a career in the tech industry. Otherwise, we're headed for problems in the future.

Tech success and innovation is vital to the long-term health of the UK economy and, as such, we all need to be pulling in the same direction and encouraging people of all ages - but especially those in schools - to view IT as a vibrant and exciting sector to work in.

The release of Windows 10 is an event I'll be watching with interest in 2015, along with the rest of the tech world. There is a lot riding on this release for Microsoft, as it not only needs to win back the PC users it alienated with the release of Windows 8, but has what it takes to endear the company and its offerings to a new generation of tablet users.

I'm eagerly awaiting the debut of Skype Translator, which Microsoft has been demoing throughout 2014. It's the culmination of a decade of research into linguistic and translation. This has the potential to break down communication barriers as it will bring real-time speech translation to the popular instant messaging service.

So far Microsoft has been demoing video calls between people talking in English and German. The translation has been spot on with minimal delays, allowing the participants to have a natural conversation. A full rollout is expected sometime in 2015, and this will be one to watch next year.

CIOs everywhere will have the date July 14, 2015 circled in red pen, because that's the day Microsoft support for Windows Server 2003 expires. The operating system has been in use for 11 years, and there are an estimated 23.8 million instances of it running on servers across the globe, according to Redmond.

That means a lot of IT managers face a data migration more challenging than even the expiration of Windows XP was, because of the sheer volumes of data stored on these servers over the years.

But it's also an opportunity for IT departments to rethink their company's technology infrastructure: they can upgrade to different server operating systems, such as Windows Server 2008 and 2012, or take a look at what advantages the cloud might bring their business.

The Sony hack will have huge repercussions for the IT industry, with security becoming more of a priority than ever. Investment in cyber security measures and the right employees will thus rise, and companies may flounder in their attempt to beef up barriers against potential breaches.

Big Data will also continue to drive collaboration between IT departments and marketing professionals, who must work together in order to gain the most insight from data and implement it in the best and most strategic ways to aid their business.