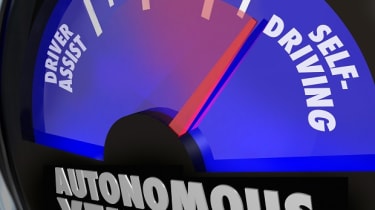 The Institute of the Motor Industry (IMI) has published research that demonstrates MPs are going to be left behind when it comes to introducing driverless car legislation and licensing on the UK's roads unless they change their mindset.

The survey revealed half of MPs were against investing further into autonomous vehicles because of safety concerns.

A further 51 per cent said they were worried allowing driverless cars on the road may have a negative impact on the insurance industry, prompting the cost of premiums to soar.

A result of the MPs' objections is that the UK's motoring industry will not be prepared to deal with the new technologies being introduced in driverless cars, with concerns of a skills gap developing.

To prevent this, the IMI is now campaigning for specialised automotive technician licensing to boost the skillsets of the nation's mechanics and ensure they are qualified to repair and maintain smart vehicles.

IMI CEO Steve Nash said: "Even a cursory glance at the latest technology news shows a great deal of investment going into driverless vehicles. High profile companies including the likes of Jaguar Land Rover, Ford, Google, Nissan and even NASA are all now engaged.

"This technology is not going away. Even if we don't see fully autonomous vehicles on sale in the next few years, the advancement in technology will have a huge impact on normal vehicles.

"MPs are in danger of falling asleep at the wheel and need to start paying closer attention to the implications of these changes; both in terms of legislative issues and the large skills gaps it will create in the automotive workforce who maintain cars," he continued.