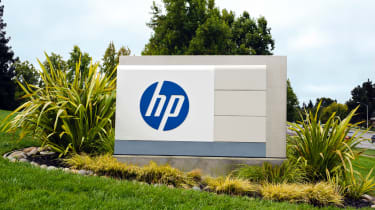 The Serious Fraud Office (SFO) has shut down its investigation into the tech giant's 2011 acquisition of Autonomy, saying a successful prosecution is unlikely.

Hewlett-Packard referred its 2011 acquisition of the British software maker to the body in early 2013, claiming Autonomy executives cooked the books, misleading HP as to its actual value.

HP was forced to write down 5.6 billion of the 7 billion purchase.

However, the SFO today concluded there is insufficient evidence to make a successful prosecution.

It said in a statement: "In respect of some aspects of the allegations, the SFO has concluded that, on the information available to it, there is insufficient evidence for a realistic prospect of conviction."

However, HP was quick to point out that an investigation into the acquisition is ongoing in the US.

"As the SFO made clear, the US authorities are continuing their investigation and we continue to cooperate with their investigation," the tech giant said. "HP remains committed to holding the architects of the Autonomy fraud accountable."

The SFO said it will pass on details of its investigation into ex-Autonomy CEO Mike Lynch, and former CFO Sushovo Hussain, to the US Justice Department.

Lynch wrote on his website, AutonomyAccounts.org: "We welcome the SFO's decision to close its investigation. As we have always said, HP's allegations are false, and we are pleased that after a two-year review of the material presented by HP, the SFO has concluded that there is not a case to pursue.

"Let's remember, HP made allegations of a $5 billion dollar fraud, and presented the case in public as a slam dunk.

"HP now faces serious questions of its own about its conduct in this case and the false statements it has made."