IBM gets the Big Blues over latest decline

But firm looks to 2015 to grow cloud, analytics and mobile as new revenue drivers 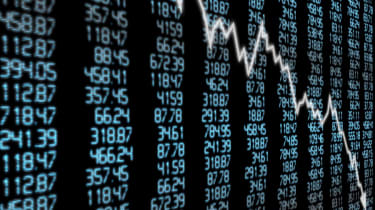 IBM suffered a 12 per cent drop in revenue to $24.1 billion in the final quarter of 2014, compared to the same period last year, as it moved away from its core hardware business.

The decline put a cap on a disappointing year for the tech giant, with total revenues down 5.7 per cent to $92.8bn, and its net income for the year dropping seven per cent to $15.8 billion.

Big Blue is trying to reposition itself to sell newer technologies, however, and saw growth in some of those segments.

Cloud revenues across the year were up 60 per cent on 2013 to hit $7 billion, while business analytics grew seven per cent to capture nearly $17 billion in revenue.

CEO Ginni Rometty said: "We are making significant progress in our transformation, continuing to shift IBM's business to higher value, and investing and positioning ourselves for the longer term.

"In 2014, we repositioned our hardware portfolio for higher value, maintained a services backlog of $128 billion and achieved strong revenue growth across cloud, analytics, mobile, social and security."

She claimed these areas grew an overall 16 per cent last year to represent 27 per cent of IBM's overall revenue, contributing $25 billion.

However, shares in the company took a tumble on the back of the news, and projected share values for 2015 fell below analyst expectations at $16.50.

IBM spent much of 2014 ridding itself of unprofitable divisions as it sees less demand for its server and storage businesses.

It sold its commodity server business to Lenovo, but also struck an enterprise mobility partnership with Apple that it believes will see success in 2015.

It has also announced its new z13 mainframe, which is positioned as ideal for hybrid or private cloud architectures.

The mainframe, IBM claimed, process 2.5 billion transactions per day, and TechMarketView analyst Peter Roe expected it would bring income to the firm.

But he added: "Expect additional pain in 2015 as the market transitions to cloud where IBM is still sub-scale and as demand in many countries is hit by the macro-economic environment. The services businesses will take significant time to return to higher growth rates and margins."