Apple and its $18 billion phone mountain 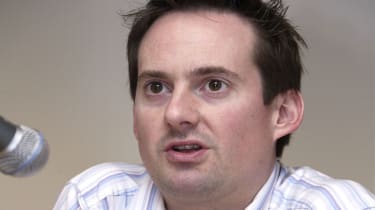 Apple, and Wall Street, attribute the success to the iPhone 6 and especially, the oversized iPhone 6+. Although some commentators were sceptical about the market would take to a super-sized iPhone, consumers and business users clearly have. The new phones have been good for Apple too, and helped increase the margin the company makes on handsets now up to 40 per cent.

If there is a cost, it could be that the new iPhones are taking sales from the iPad and especially the smaller iPad Mini; Apple reported a fall in tablet sales of 22 per cent. That, though, may not cause too much concern in Cupertino.

From the information Apple publishes, and breakdowns by analysts such as IHS, Apple makes more money on its phones than it does on its tablets. So, whilst Apple would surely like to sell more tablets, selling more iPhones is actually very good business.

Nor are slowing tablet sales just an issue for Apple. Analyst firm Gartner predicts that the tablet market will slow over the coming year.

It may well be that the bulk of Western consumers and business users who might need a tablet already have one. It's likely, too, that the scope for innovation in tablets is more limited than it is in smartphones.

Demand for smartphone upgrades can be driven by upgrades to the radio interface such as the jump from 3G to LTE, by integration with personal sensors in areas such as health and fitness, and even by better cameras.

Tablets are a little less personal, and upgrades tend to focus more on processor power, memory and applications. Nor do tablets benefit as much from phone networks' incentives and promotions. Apple, for example, has seen its iPhone sales boosted by making the handset available on China Mobile.

For businesses, this means that CIOs will continue to see more Apple devices in the enterprise, and cements iOS' position as an operating system that developers have to write for. As for that Apple cash pile? Suggestions on a postcard to Mr T Cook, Cupertino, CA, perhaps.