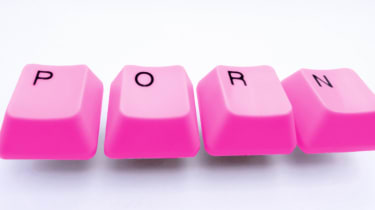 The UK government has launched a public consultation for plans to introduce age checks on pornography websites, with internet providers, charities, academics and more being asked to contribute.

Under the proposals, all sites containing pornographic material will have to introduce strict age checks to ensure users are over 18 years old. This applies to all content that would be given an 18 or R18 rating by the BBFC.

Internet Safety and Security Minister Baroness Joanna Shields said: "The internet is a tremendous resource for learning and creativity but it is important to make sure that children are able to make the most of all it has to offer in a safe way. Keeping children safe online is one of the government's greatest priorities.

"Just as we do offline, we want to make sure children are prevented from accessing pornographic content online which should only be viewed by adults."

Under the new rules, regulators will be given the power to enforce the law and monitor compliance by commercial pornography providers.

The legislation would allow the government to impose civil sanctions where breaches are found but sites will, however, be given control over how they set age verification controls.

"We all have a responsibility to protect our children and face up to new challenges presented by the internet," said Karen Bradley, minister for preventing abuse, exploitation and crime. "Our objective is clear - we want to protect children from distressing or unrealistic images of sex and from content that can harm them.

"I work closely with victims and survivors of sexual abuse, and every young person that I have spoken to who has experienced abuse themselves has told me that action needs to be taken to restrict access to pornography by children. Today is about holding companies to account, shielding young people from material that they should not be able to access and protecting their childhood."

The net neutrality code proposed by the EU means that internet traffic is treated the same across all EU member states, thus stopping governments from blocking access to websites.

The Single Telecom Market proposal would also mean that parental controls can only be put in place with consent from the user, making default blocks impossible.

But the Department of Culture, Media and Sport told The Telegraph: "We are now exploring options and will be providing an update once a course of action has been agreed. We take great pride in our world-leading approach to child online safety and would never accept a position which diminished our ability to protect children online."

Cameron proposed the initiative following a Childline poll that revealed a tenth of 12 to 13-year-olds are concerned they may be addicted to pornography.

He added: "We do not want to prevent adults from accessing legal content but we do want to protect our children from harmful material, so they are free to develop a healthy attitude to sex and relationships."

In addition to ensuring ISPs are adhering to the rules with a regulatory body conducting checks, there would be extra measures to check ages as people try to access the websites. For example, some countries have introduced electronic ID cards that check a user's identity as they try to enter.

Javid said introducing such initiatives may occur in the future, but that the final decision would be down to the regulatory body. "The key thing is, it's not for me or politicians to decide what's effective. That will be the job of a regulator, but it is possible," he said.