A £3 billion auction of UK government debt was delayed 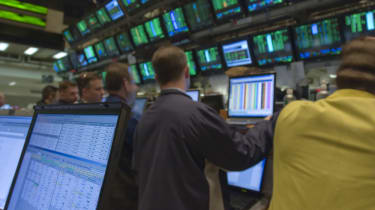 Bloomberg suffered a two-hour outage that delayed the sale of 3 billion of government debt last Friday.

The outage was caused by a combination of hardware and software failures, and Bloomberg ruled out a cyber attack as the root cause, despite such crimes being launched against similar media organisations in the past.

News of the crash was first reported on social media at 8.20am GMT by traders and the outage lasted around two hours, meaning current stock market prices were unavailable and news feeds were intermittent.

Both the Bank of England and European Central Bank went on alert as massive deals such as a 3 billion auction of UK government debt was postponed while systems recovered.

The sales of of one-month, three-month and six-month debts were able to go through in the afternoon, but this was hours later than planned.

The Bank of England said its systems weren't directly affected and it said it had, "all the tools it needs to carry out its responsibilities for financial stability, and provision of market liquidity, if and as required".

A Bloomberg spokesman said: "We experienced a combination of hardware and software failures in the network, which caused an excessive volume of network traffic. This led to customer disconnections as a result of the machines being overwhelmed.

"We discovered the root cause quickly, isolated the faulty hardware, and restarted the software. We are reviewing our multiple redundant systems, which failed to prevent this disruption."

"The markets were flung back to the dark ages with a single outage. Typically Bloomberg is a very stable application, so this shows that even the most robust of applications can sometimes suffer from performance issues."