Could virtual reality revolutionise your business?

Forget gaming - VR has plenty of use cases in the office, too

Virtual reality is shaping up to become the next big platform in consumer tech, but it could also hold some surprising business benefits.

In its current early years, many people associate virtual reality with gaming. The Oculus Rift, which arguably started the trend, is seen almost exclusively as a gaming peripheral, with Sony's Project Morpheus further contributing to VR's game-centric reputation.

Other forms of entertainment have also been emerging onto the marketplace - YouTube has recently announced support for 360-degree video, and Coldplay made headlines last year by releasing a virtual reality concert experience for Samsung's Gear VR device.

Currently, however, one of the most successful deployments of VR has been in the world of marketing and PR. Virtual reality is still regarded by the public as new and exciting, which makes it a perfect candidate for large-scale publicity stunts and spectacle events. 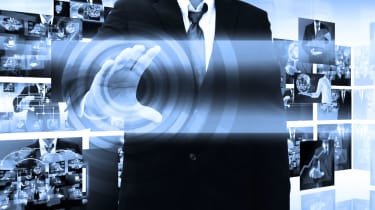 Dave Black, marketing director for brand experience company Rewind, says the firm has used VR in many of its projects, whether they're "big stands that go round the country, or just smaller events where it's more exclusive".

Many of these experiences essentially function as high-tech fairground rides, such as a Red Bull Air Race stand. Touring the seven airplane racing events, Rewind uses an Oculus Rift device to place users inside the cockpit.

However, the firm also leverages the technology for more practical marketing demonstrations. In 35 Lexus dealerships across Europe, they have installed a virtual configurator which allows users to sit in a forthcoming Lexus model.

The customer then chooses the trim, the dashboard and the external appearance of the vehicle, all while getting a much more rounded sense of what the car will actually look like. It's a neat idea, and a great example of how VR can work as a visualisation tool.

Black also showed us another project that uses VR as a business utility. By using a combination of laser scanning overlaid with photographic data, Rewind can create virtual apartments'.

Developed for a high-end luxury estate agent, this software will be used to create virtual representations of expensive properties. These can then be shown to foreign investors, allowing them to view multiple locations without physically visiting the premises.

The process's potential as a cost-saving tool is enormous. Preparing a property for a viewing is incredibly expensive and time-consuming, involving a lot of organisation. But as Black points out, estate agents "negate the need to do that by having a virtual viewing beforehand". 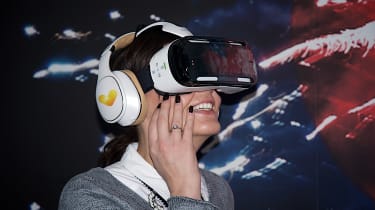 We were given a rough demo of the software in action. It had the unmistakable feel of a proof-of-concept piece rather than a finished product, but the advantages were immediately apparent.

The experience conveyed an almost perfect sense of the apartment's size and layout, despite the fact that the texturing of many surfaces was incomplete, and clipping errors had led to oddities like a vase partially merged with a wall.

At present, this strategy is being used exclusively to virtualise multi-million pound real estate. However, it might not be long before customers are using it to look for houses on the high street as well.

But how feasible would it be for a high-street real estate broker to deploy something like this? Black was confident that "if they came along and said 'we want 20 properties to be on an Oculus Rift in our estate agents', we could deliver that within two months".

On the other hand, he was quick to point out that the return on investment might not be as attractive for less valuable assets. The relatively time-consuming nature of the scans themselves was also mentioned as a potential barrier.

It could lead to all-new ways of exploring and representing data. Being able to deliver the findings of reports and studies in a dynamic, user-controlled environment could aid engagement and understanding with that data at an unprecedented level.

Cloud data is a good example. For someone who isn't familiar with it, the idea of cloud computing can be difficult to get your head around, not to mention the nuts and bolts of a specific company's deployment strategy.

By placing you in a virtual world, however, where the various components of a cloud network are rendered as literal clouds that you can interact with, this idea becomes much more tangible and easy to grasp. 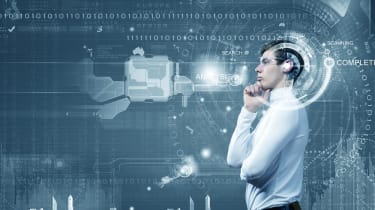 This model can be applied to any form of data, as well. Financial data, with its labyrinthine charts of currency values and interest rates, could be rendered in much more accessible formats.

There is at least one financial institution, Black reveals, that is actively considering this option. It wants to use VR tech to give its customers "a better understanding, visually, of trends and graphs and everything else".

There's an undeniable logic to this. While it's common practice to use profit forecasts and compound interest rates to represent growth, they don't have the same impact as watching a small initial investment expand into the contents of a Scrooge McDuck-style vault.

Training is also slated to be an area where virtual reality will see extensive corporate adoption. In this case, the key advantage of the technology over more traditional methods is the ability to recreate dangerous or complex scenarios without carrying any of the risks.

Industries like aviation and firefighting are particularly suited to this. When something drastic goes wrong in this kind of environment, the challenge is to work out how to "replicate that feeling of fear, and being in a space and having your emotions tied into it".

According to Black, training for these situations needs to put crew in the mind-set of "'I need concentration but my heart and my adrenaline are going absolutely crazy'". He feels that the enhanced immersion of VR is the key to delivering this feeling.

White-collar industries can also benefit from virtual reality training environments. In addition to the data visualisation methods outlined above, VR can be used to replace the many man-hours lost to leadership seminars, business conferences and self-improvement courses.

These talks could be viewed from anywhere in the world, complete not just with keynote speeches and presentations, but with dynamic virtual representations of the concepts discussed.

The possibilities for new healthcare methods are being eagerly investigated. Many researchers are using the increased immersion to look at neurological difficulties and mental health issues.

Black told us about a programme he ran with a famous rugby player, who wanted to explore treatments for his dyslexia. Using exercises in a VR environment, not only did his dyslexia improve, he actually "became a better rugby player" as a result. 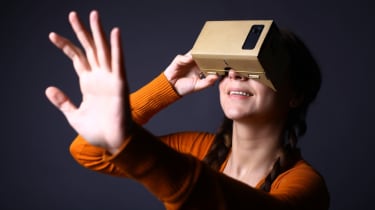 By exercising this area of the brain, the training had a knock-on effect of improving the motor skills used in sport as well as those used in reading and writing. It can even be used as a psychological aid, as well as physical.

"Virtual reality has massive potential to solve the issue of loneliness", Tustain says, claiming that 23 million people now live on their own. Similarly, cases of depression could be mitigated with positive, supportive virtual environments.

Tustain's Freefly VR is a low-cost virtual reality adapter for smartphones, partnered with a content platform that the company hopes to grow over time. It's aiming to fill the niche in the market between bottom-tier devices like Google Cardboard and premium mobile hardware like the Gear VR.

This band of devices is likely to be the most successful in corporate environments. Smartphones are widely available, with many cross-platform apps to enable enhanced compatability, and a low price-point compared to the Oculus Rift. Both of these are likely to be strong convincing factors.

At the moment, Black says, uptake is driven by a want for the flashy VR toys, rather than a genuine business need. He believes this will pass, however, as virtual reality is "highly compelling" as a sales tool, succeeding where "a presentation on a screen might be difficult to do".

Selling VR is the same as anything else, according to Black. "It's finding out what is causing problems at the moment, what actually costs the business money, where would they like to cut those costs and how can they do it using effective technology".

The challenge from a developmental perspective is that those exploring virtual reality are essentially flying blind.

"This year's all about trial and error," Tustain says.