CoderDojo: Changing the face of tech learning as we know it 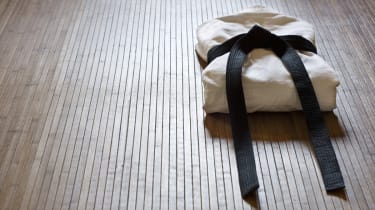 Imagine that you could change a life, give someone a real opportunity to do something they could neither afford nor imagine themselves.

Imagine that in doing one thing, you'd provide someone else - a child - with skills that could not only change the lives of them and those around them, but also change business, or even the world as we know it.

Such is the power of software. It all starts with a line of code. But that line of code doesn't grow on trees, it comes from the minds of those who know how to string code together, like the various ingredients of a cake, to make something that works.

Some flour and an egg mixed in a bowl with nothing else but air tastes pretty disgusting. Blend them together though, with the right bedfellows, and you have the makings of something pretty tasty. No-one is born knowing how to cook. It's something you're taught, something you learn. The same can be said of coding.

But, while technology has the power to empower, the divide between those who have access to the tools and resources required to learn more about IT and those that do not grows ever more greater. What was once a line dividing the haves and have-nots is fast becoming a monumental divide.

However, such resources don't come cheap. We all know what kind of financial mess this country is in, where grants are few and far between and government hand-outs are a rare species, with what fund-givers that remain having to be increasingly tight-fisted, like rigor mortis has set in while the cheque was being signed. It's a bleak time all round.

Some flour and an egg mixed in a bowl with nothing else but air tastes pretty disgusting. Blend them together though, with the right bed fellows and you have the makings of something pretty tasty. No-one is born knowing how to cook. It's something you're taught, something you learn. The same can be said of coding.

Enter the role of the Dojo. The CoderDojo. (Ed: I'm using all my might to resist making Karate Kid references right now.) This great, volunteer-led initiative came to my attention today at the London leg of Salesforce's World Tour, held at the ExCel conference centre.

Keith Block, Salesforce's president and vice chairman, paraphrased the company's CEO Marc Benioff when introducing CoderDojo by saying: "We're not in the business just to do business, we're in business to make the world a better place."

CoderDojo doesn't care where you've come from, where you grew up, whether you've got the latest gadgets or are wearing the latest labels. It cares about code. And it connects kids with code, believing that every child should have the right to learn more about technology and development.

Those familiar with Salesforce as a company will already know in addition to being a purveyor of cloud software it also has a philanthropic alter ego. As such, the appearance of non-profit good causes on stage during the keynote wasn't exactly a surprise.

What was a surprise though is just how much it grabbed my attention. I'm a cynical old goat. But there and then, I stopped typing notes, I stopped looking around at what my fellow journalists doing, I stopped flicking between the multiple tabs I had open on my browser. I just stopped, remained quiet and listened. Those who know me well will understand how particularly rate the last two aspects are.

"CoderDojo was founded in Ireland back in 2011 by an 18-year-old coder who was grappling with the fact that coding on your own was quite difficult and came up with the idea of starting a movement where kids could have a club environment to go to to learn about technology, to learn to code. And to find their ability from their talent where they weren't really being helped in the education system," said Mary Moloney, global CEO of CoderDojo.

"Since 2011 we are in 57 countries and there are 30,000 kids participating on a weekly basis. There's nobody paid within the entire global movement. All of the time is given free of charge so no child ever has to pay to have access to a coding club or facility where they can learn about technology and the magic behind it."